Look at our list to discover PC’s best MMORPGs.

The Feast will automatically open for players who have already unlocked the Wolves’ Den. Just speak toAlys inMor Dhona to trigger the introductory quest.

This PvP mode is divided into three different arenas: 4v4 Solo, 4v4 Light Party and 8v8 Matched Party. Each will require specific roles to be filled out before a match can kick off, with a set number of tanks, melee, ranged and healers for each.

Once battles are set up, players will be divided into two teams: the Claws or the Fangs. Then you’re placed in your respective cages and a 60-second countdown ticks down until the action starts.

The first team to grab the required number of medals, or the one holding the most medals when the timer runs dry, wins. Keep winning matches and you can earn special mounts and gear. Like this: 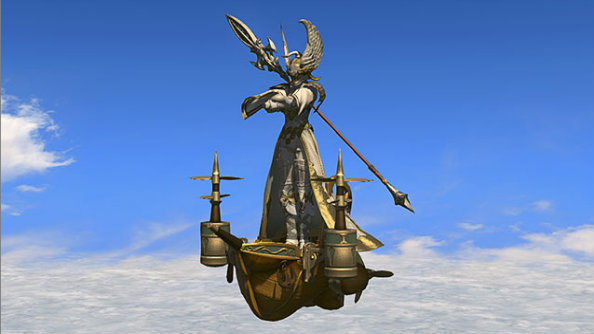 It’s pretty straightforward, but there are some other rules you need to be aware of, like how consumable items can’t be used or how you’ll face penalties for disconnecting. Have a look at the official post for the full details on The Feast.