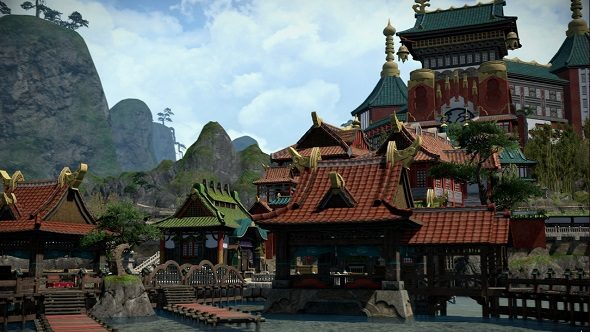 A lovely trailer has released for Final Fantasy XIV: Stormblood, the new expansion for Square Enix’s MMO. The DLC is just a couple of months away from its June 20 launch date, so they’ve also released a benchmarking tool so you can see how your system handles the thing.

The benchmarking tool will let you render the trailer above on your machine. As you can see, it’ll put it through its paces, showing off busy towns, epic battles, and gorgeous landscapes.

It’s a good idea to test the benchmarking tool, even if you played the base game on your rig. After all, the expansion added enough graphical improvements to cause Square Enix to drop support for the PlayStation 3 version. It looks pretty busy in places.

If you’re not into benchmarks, you can still enjoy the trailer above, itself a recording of the benchmark. You get a glimpse of the expansion’s new jobs, Samurai and Red Mage, as well as a good look at the new continent, Othard.