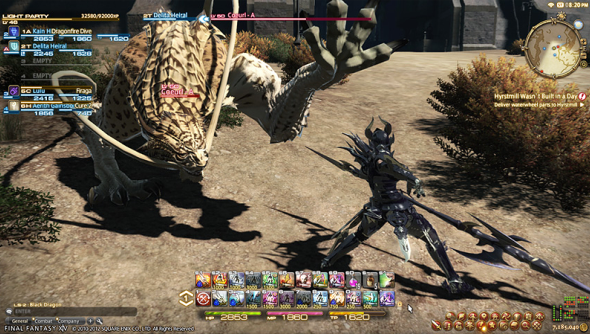 Final Fantasy XIV’s players have been struggling to log into servers for the past few days this, Square Enix report, is due to a DDoS attack.

“Our technical staff is taking every possible measure to address this issue but the attack is still continuing to take place by changing their methods at every moment,” Square Enix say.

“Regarding the login difficulties that took place over the last few days,”Square Enixwrote in a blog post addressing the issue. “Currently we are experiencing DDoS attacks from an anonymous third-party targeting the FINAL FANTASY XIV game servers on the NA/EU data center.”

Square Enix say “a massive number of access attempts” are being made to their servers. However, they say both “character data and personal information” are safe.

Due to the attackSquare Enix’s“game servers, network equipment and network connection are being hit with heavy load at an extensivelevel […] causing a disconnection from the game and login difficulties.”

Their technicians are trying to prevent halt the attack and return the servers to normal service but “the attack is still continuing to take place” because the attackers are “changing their methods at every moment.”

Square Enix promise they will continue to monitor the attack and try to recover the situation but they offer no time frame for when they expect players to be able to log in and play as before.