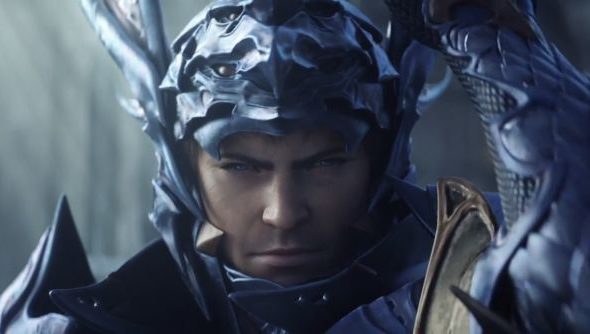 The first expansion for Final Fantasy XIV: A Realm Reborn has been announced at this year’s FFXIV FanFest Las Vegas. Coined as the “Heavensward” expansion, it plans to raise the level cap to 60, add new areas, jobs and races.

There’s a flashy new cinematic trailer to go with it, and it’s full of beautiful CG goodness.

As you might of guessed from the trailer, Heavensward will focus on Dragoons as they battle a Dragon threat on Ishgard. “The Wyrmking versus Thordan and his Knights Twelve” said one of the slides at the keynote. Basically, there’ll be plenty of dragons that’ll need slaying.

The level cap of all classes and jobs will be raised to level 60 for the new content. Also, a new race and possible multiple new jobs were confirmed, but yet to be announced. A suspicious “Samurai” folder was seen on of the devs laptop during the keynote, and the devs seemed to like discussing Batman at great length, so you can maybe expect the “Dark Knight” job too.

Other content includes new Primal bosses, dungeons, guild airships, Chocobo Forests and more. We can expect to see the expansion land sometime in Spring 2015, but there’s more info coming at the London FanFest next week, on October 25th.