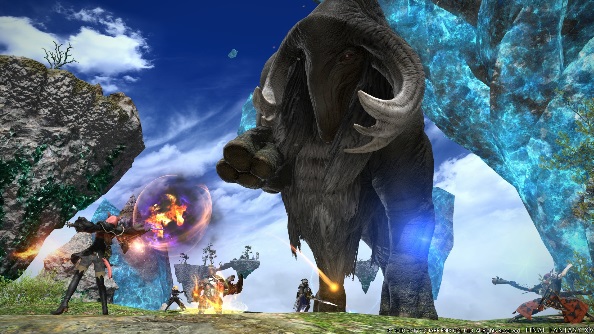 As Goes Light, So Goes Darkness is the cryptic title for patch 3.1, the latest update for Final Fantasy XIV. The huge MMO is growing once more with the addition of a huge amount of content, headlined by a brand new 24-player raid.

Looking to sink time into something grand? Try one of the best MMO games.

Void Ark is a 24-player alliance raid where players will battle on a haunted sky vessel, taking down sky pirates as they discover rare gear and items on far-off islands.

The patch also continues the story started in the Heavensward expansion, seeing the nation of Ishgard deal with the Warrior of Light’s return from Azys Lla. If you’ve yet to jump into Heavensward yet, be sure to check out our Final Fantasy diaries, where John has been discovering the new additions.

Final Fantasy XIV now has the Gold Saucer amusement park, and the 3.1 patch adds a new RTS attraction to the mini-games available to play. Lord of Verminion allows 1v1 games where players field armies of minions against each other.

Accompanying the patch is a new event, beginning 11th November and running until the last day of the year, December 31st. This celebrates the final chapter of the Rhapsodies of Vana’diel story, and will see Iroha visit the world of Final Fantasy XIV for a special event. Participation will see players grab some exclusive items, including Iroha’s outfit.

The Final Fantasy XIV As Goes Light, So Goes Darkness is available now.