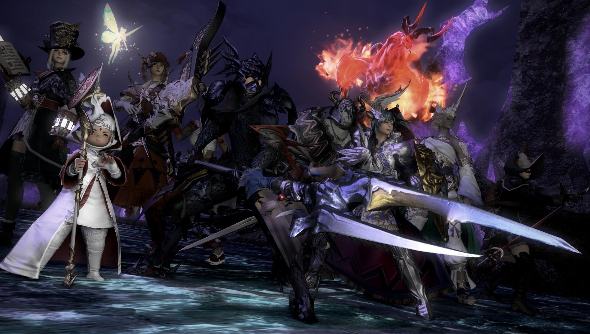 Building content for an MMO is not easy. With so many existing players to please, as well as the pressure of attracting newcomers and finding a way to keep both of those audiences happy… you could argue that the real work on a game of this type begins only after launch.

Throw into that mix a fanbase with 30 years knowledge and expectation of your series and it’s safe to say that Final Fantasy XIV: A Realm Reborn director Naoki Yoshida has a tough job on his hands trying to keep everybody happy.

It has been two years since Yoshida launched A Realm Reborn, the entire project designed as a fix for the nightmare that was Final Fantasy XIV’s initial 2010 release. Over that time he has presided over one of the most successful MMOs of all time, enhancing both his own reputation and that of publisher Square Enix thanks to his clear vision of what A Realm Reborn should look and play like.

Talking to us about that vision and what it is that has made his MMO resonate so strongly with players, Yoshida is adamant that much of what makes A Realm Reborn attractive is in keeping with what players enjoy about Final Fantasy as a wider brand.

“One of biggest pieces of feedback that we’ve had from players is that they really enjoy the storyline, which has remained true in the Heavensward expansion,” explains Yoshida. “The storyline in general is such a huge part of what we’ve been trying to do with the whole of Final Fantasy XIV, so we’re really grateful that this is one of the areas that they’re enjoying.” 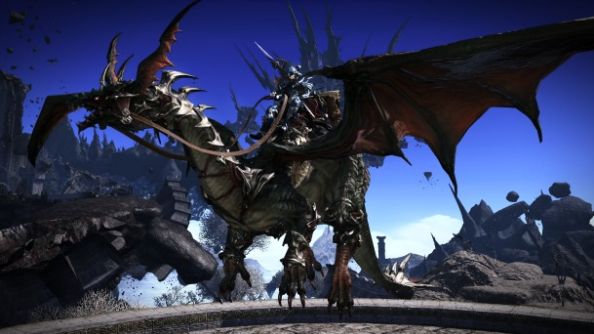 Part of FFXIV’s wider narrative is concerned with nostalgia, which is something Yoshida is not afraid of admitting and, indeed, embracing. The problem, however, comes with trying to embrace, in a meaningful way, that 30 year history which weighs over the head of each and every FF release.

How, for instance, does your narrative – specifically the places, characters and situations that make it up – serve to satisfy the knowledge and interests of a FF fan in their 40s that has played every game in the series, as well as those teenagers with experience of only the most recent releases?

“That spread between generations of FF fans is huge,” nods Yoshida as this conundrum is put to him. “These generations have different memories to each other when it comes to their understanding of what Final Fantasy is and what it means to them. With FFXIV’s role as a theme park for the series it is really important that we create places and moments for players to be able to discuss with one another what it is they like about Final Fantasy and what their favourite moments are.

“Including recognisable elements from past games is one part of that. It means players that recognise the references can explain them to those that don’t. It’s a nice way to get people talking to each other within the game and also a nice way for FF fans to maybe learn things about other games in the series that they haven’t played.”

The 24-person end game raid that is The Crystal Tower, for instance, is one reference for the longer term FF fan to indulge themselves in – the dungeon a homage to that of the same in Final Fantasy III. However, as Yoshida describes, the mere fact that it is a 24-person event means that there will certainly be players experiencing it that have no clue as to the nature of the original that it is based upon. In that way the player base is brought together as veteran series fans make new friends by explaining the origin to others.

“When we’re thinking about adding things of the scale of The Crystal Tower,” continues Yoshida, “it’s so expansive that all of the leads of the different teams working on FFXIV get together to discuss why we want to put it in and what it will bring to players. If we decide we want it then we must work out a way towards adding it in a form that makes sense.

“For smaller homage elements, such as the references made to past FF games in FATE events, it’s easier to quickly add them. All of the development team members are FF fans and so they all have ideas about what nostalgic elements they would like to see – whether that’s from FFV, FFVII or whatever else. We always listen to those ideas and, if we think they will work, we do what we can to bring them into the game.

“References like that are just one part of FFXIV, however. Ultimately, the main thing is for us to create brand new content in order to give players a new experience.” 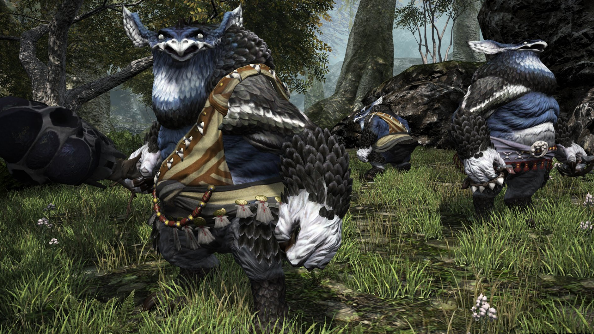 Yoshida wouldn’t be drawn into detailed specifics regarding what future updates are going to bring, but he did tease that a new 24-person raid is planned. However, it’s not a ‘normal’ raid…

“A new 24-person raid, of the same size of The Crystal Tower, will be added in the 3.1 update. It’s not like a normal raid. You use airships and you can visit floating islands and explore them once you land. Anyone can join in, so long as you don’t exceed the 24-person limit.

“We’re also working on something for the Grand Companies which allows you to hire NPCs to your army, which is a new element that we think will expand your options within the game.”

These ideas are aimed squarely at empowering existing players and making sure those that have already invested their time and money into the game are happy and keen to continue playing. As Yoshida puts it, the first priority is always to the existing player base; if they aren’t enjoying the game you will never be able to attract new players.

“The idea is that the current players are enjoying the game so much, and looking forward to new content, that they talk about it to people who haven’t played it before,” says Yoshida. “Then, hopefully, those people will be inspired to try out the free trial and be impressed enough to get involved properly. That’s the ideal flow for us to get new players involved.

“So, while we need to please our current players, in order to grow we do need to continue to attract new players. Otherwise the game will ultimately fail. That’s the nature of any MMO.” 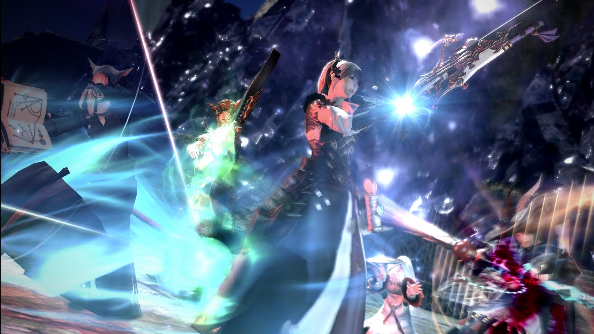 In line with this desire for continued expansion, an unnamed French agency was hired in 2014 to survey FFXIV players on their views regarding its subscription model. Since its release FFXIV has been staunchly dedicated to asking for a monthly fee from players in order to access the game, flying in the face of countless other titles that have opted for the free-to-play route.

The agency’s finding was that 82% of surveyed players did not want the current pricing plan to change in order to incorporate free-to-play, providing the justification required to continue on the same monetary path the game has been treading. Yoshida, however, is vocal in his belief that far too much is written about the impact that free-to-play could potentially have on an MMOs player base.

“Honestly, I don’t think players spend a lot of time delving in and worrying about the business model of a game,” sighs Yoshida with the resignation of a man quite clearly irritated by talk of business models over a game’s design. “Whether a game is free-to-play or has a subscription… I don’t think either of those are reasons for players to spend a lot of time with your game.

“Fundamentally, if the game is fun then people will continue to play. It doesn’t matter whether it’s free or not, it’s all about how enjoyable and worthwhile the game is.”

Given the age and maturity of FF as a brand, Yoshida describes that many of A Realm Reborn’s players are older than the typical person you’d find in other MMOs. In turn, that leads to players treating each other in a way that is generally respectful and good-natured.

“There are some younger players, of course, but they don’t represent the average player,” continues Yoshida. “That means that our audience is quite well behaved compared to other MMOs, which isn’t something you can say about a lot of free-to-play games. Because they’re free a lot of people just try them out or play them simply to misbehave within the world.

“So many players in FFXIV play with their friends to have a good time as a group, so we don’t want that kind of misbehaving player interfering in that. If those 82% of players that said they didn’t want the game to go free-to-play was reversed then we would probably change our minds about the pricing model, though.”

With things going as well as they are right now, don’t expect that kind of reversal to occur any time soon.