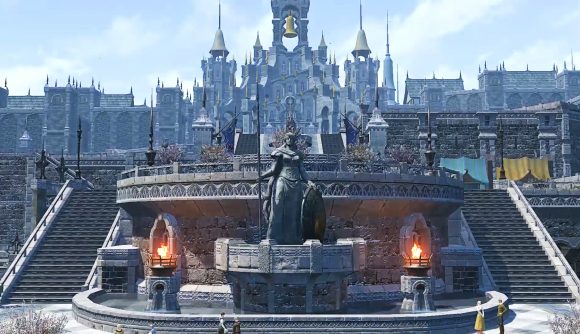 Players attempting to buy a new house in Final Fantasy XIV’s latest update have been running into a bug with the new lottery system which has caused them to miss out on their desired property – even in cases where they were the only bidder. The MMO game’s producer and director Naoki Yoshida wrote a brief post addressing the situation on Saturday, but has now further clarified the situation in a longer write-up.

In his initial announcement, Yoshida said that “there are many patterns involved for the lottery conditions” which caused some speculation about whether there was some hidden complexity to determining the lottery outcome. In the follow-up post, Yoshida clarifies that the patterns he spoke of refer specifically to the entry conditions, and that the actual lottery itself uses a simple randomisation method.

Yoshida says that the team has the lottery data, and that it is possible for them to confirm the status of entry applications through database server logs. They are using these to ensure that players will not be negatively affected if they accepted the refund of their gil deposit offered after losing a lottery which suffered from one of the aforementioned issues.

The three primary issues currently occurring are lotteries that were properly conducted but display the winning number as 0 (which no-one can claim, causing no winner to be displayed), lotteries with a single entrant which display that there were no entrants, and cases where no winner is determined despite entries being made by multiple friends or free company members.

Today’s post also offers a much more detailed breakdown into the specifics of the housing lottery system and how entrants are determined. It details conditions such as looking at whether a player already owns property on other characters on the same service account, in which case a second character on that account cannot apply for a lottery entry unless they also already own a plot of land.

For the time being, the housing lotteries are on hold. In the meantime, there’s still plenty of other new things to explore in FFXIV patch 6.1 – including a handy new auto-target option to improve general quality of life. You can also join in with the current FFXIV Hatching-tide 2022 event festivities, which quite literally offer you an egg in this trying time.