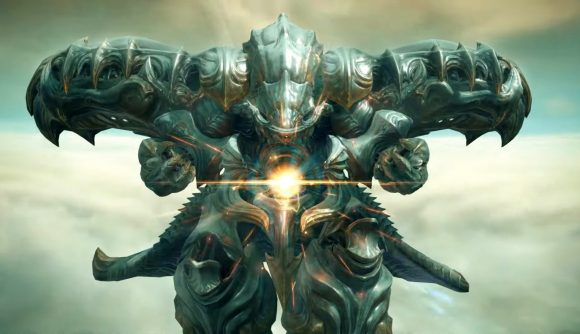 The first part of Final Fantasy XIV’s Patch 5.5 is coming April 13, with part two due in late May. Square Enix revealed a flashy new trailer, as well as several juicy new details, for the patch during the Letter from the Producer Live Part LXIII livestream today, so let’s dive in and find out what’s next for one of the biggest and best MMORPGs running right now.

The 5.5 patch, dubbed Death Unto Dawn, begins its arrival with part one on April 13, and producer Naoki Yoshida explained some of what’s on the way during today’s livestream event. Players can expect new main story quests, a new instanced dungeon, and new Chronicles of a New Era quests – specifically, the final chapter of the Sorrow of Werlyt.

The new dungeon, Yoshida said, supports the trust system that was introduced in Shadowbringers, which allows players to team up with up to three NPCs – meaning you’ll be able to enter and clear it solo, if multiplayer games aren’t really your thing.

There’s also the matter of that spiffy new trailer, which you can watch here: 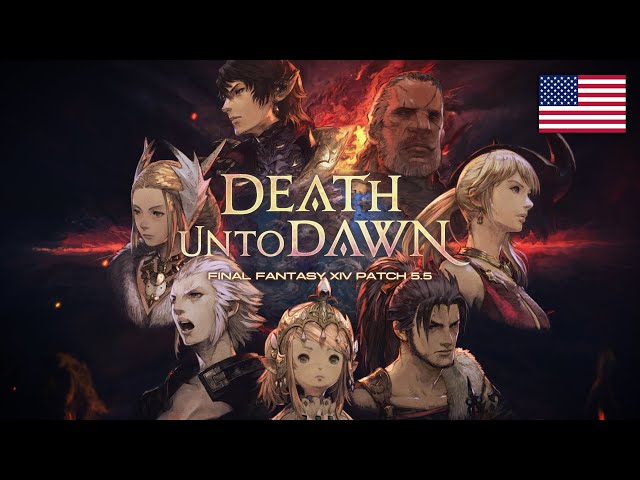 New trials will arrive with the first chunk of the patch, specifically The Cloud Deck and The Cloud Deck (Extreme), and there’s also the new Alliance raids, the Nier: Automata tie-in Dark Apocalypse Chapter 3, and one called The Tower at Paradigm’s Breach.

For the first part of Patch 5.5, Yoshida said to expect only minor adjustments to jobs – Yoshida says staff are currently working on the jobs changes planned for the 6.0 release with Endwalker this autumn. “Nothing will be nerfed, but the buffs won’t be bigger than 1 or maybe 2%”, he said (according to fans translating the stream in the FFXIV Discord server).

The Feast season 18 will be coming to a close, and season 19 will be starting up as the patch arrives, and players will also see an update to Save the Queen and a swap-out of the current Unreal trial. Oh, and to viewers’ slight dismay, Yoshida revealed that Jonathas “Achievements Guy” Tolmann will be out of a job when the patch arrives – although he’ll still be in charge of dispensing veteran rewards.

On the technical side, expect improvements to positional 3D audio and improved PC loading times from SSD with this patch.

The teaser site for patch 5.5 has loads more details on what to expect when the first half goes live April 13.