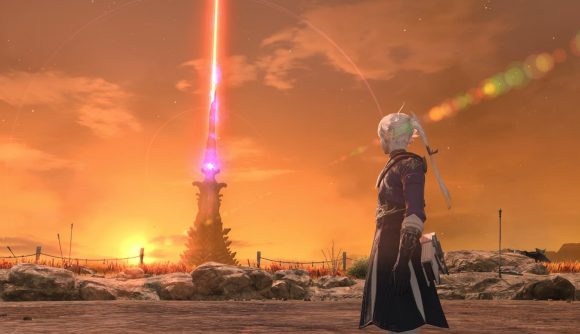 Final Fantasy XIV’s fourth expansion arrives in November, and Square Enix has confirmed that other than eating up another 20GB of storage space, the system requirements will remain identical to the original. However, if the Endwalker expansion is the thing that’s dragging you into the game for the first time, there’s now a handy benchmark tool that lets you see how your gaming PC fares before you open up your wallet.

It uses a variety of maps and characters from the game to gauge your system’s performance in a non-playable test, while displaying the current frame rate, loading times between cut scenes, and giving a score at the end to compare against other PCs. The score matches up to eight levels of advice, ranging from “easily capable of running the game on the highest settings”, to telling you that your rig just isn’t up to the job at all.

The latter would be very unlikely however, as the minimum GPU required to run the game equivalent to an Nvidia GeForce GTX 750 or AMD’s Radeon R7 260X – both 7-year-old, budget cards.

The recommended requirements aren’t too taxing either, asking for an Nvidia GeForce GTX 970 or similar. Even our older i7 6700 and GTX 1070-based machine put in a score of 10,906, which is rated as ‘high performance’ by the developers.

Even though most gaming PCs will be more than capable of running Final Fantasy XIV Endwalker, this tool from Square Enix is a smart idea, and is something we’d love to see in more of the best PC games. There’s nothing worse than meeting the system requirements for a game on paper, only to find out that it doesn’t run as well as you’d hoped once you’ve bought it.