Innocence in Final Fantasy XIV is a stern test, one that’ll need you and your party on top form. You’ll hardly find a more magnificent battlefield than this, either: the boss of the FFXIV Crown of the Immaculate trial sweeps down the steps leading up to a throne burnished in golden light, and he poses quite the challenge.

If you’ve stumbled on this FFXIV Innocence guide before getting to the endgame of this third major expansion, be wary of spoilers for this boss battle and the lore surrounding it below and throughout. That also counts for our other walkthroughs, such as our FFXIV Titania EX guide, so stay vigilant if you want to experience what’s tipped to be one of the best MMO stories ever in its intended way.

Crown of the Immaculate Extreme in FFXIV is a level 79 minimum 8-player trial that requires two tanks, two healers, and four DPS roles – no groups smaller than this will be able to participate. If that’s you, then get ready for an incessant AoE assault. If you’re nimble enough as a team then the Final Fantasy 14 Innocence trial will be a cinch, so let’s get to the meat of this guide.

FFXIV Innocence EX guide: how to beat the Lightwarden

This guide owes a debt to YouTuber, Lycona DaCheeChee for their simple, succinct breakdown, so all credit to them. As they say in their walkthrough, this is a very AoE-heavy fight, so make sure you’re as quick on your feet as you can be.

The first phases introduce these attacks, but they become more intense and hit with various different combinations, so practise and pay attention at the beginning to ease the challenge at the end. So, below you’ll find a breakdown of each attack you can expect to phase per phase, and how to deal with them. 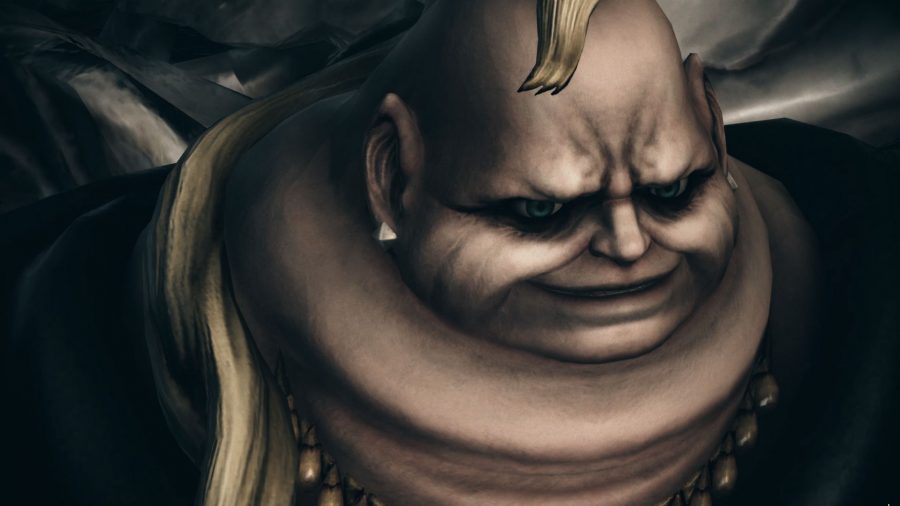 Here’s how to beat FFXIV Innocence by section:

First is a mechanic you can’t really do anything about: Shadowreaver. This does unavoidable party-wide damage so, take the hit, heal up, and move on. Something you actually can do something about is Winged Reprobation, which kicks off by assigning to random party members two tethers. Each must take their tether to opposite edges of the arena, but away from the rest of the party. This is because an AoE explosion triggers through each tether.

When that subsides – which is the case when both players see little arrows around themselves – you’re all good to return to the centre of the battlefield and resume the fight against FF14’s Innocence.

Elsewhere is Righteous Bolt. This is a tankbuster that also applies a lightning debuff. Make sure you tank swap straight away after this attack, otherwise that’ll be it for the first one. This is a move the Lightwarden makes regularly during Crown of the Immaculate in Final Fantasy XIV, so make sure you’re always ready for it, tanks.

Next, prepare for some more tethers with Rightful Reprobation. You’ll know when this hits as blue line AoEs appear from the edge of the map through the centre and back out the other side in a kind of hourglass shape. These lines correspond to golden spears that line up around the map’s edge, so the tethered are going to need to get distance on their party while still avoiding the spears.

Road to 80: Get to cap fast with this FFXIV leveling guide

Then we have yet more AoEs, this time in the shape of a fan. This Rotating AoE sees swords fall from the sky on players not agile enough to avoid the fan. This mechanic can appear multiple times during the fight and in various guises: sometimes the fan will have two blades, others three. And, especially when combined with other attacks, there will be safe zones within the fan between the centre and the battlefield’s edge.

At the same time, Drop of Light can initiate. In this case, two players are marked with large circular AoEs, and they should, as ever, get as far away from the rest of the party as they can. Then, when it comes to the Line AoE indicated by more swords plunging into the edge of the map – one from the left, right, and centre on FFXIV Innocence’s circular arena, everybody must grab any safe spot they can.

And then, the other phase 1 mechanic you’ll see is Light Pillar. This is a line stack marker which hits a random healer, but it must be shared by the entire party. As we’ve said already, you’ll see most of these moves again at different times and in varying combinations, but now it’s time for the add phase.

The FF14 Crown of the Immaculate add phase is a simple one relative to other endgame challenges, but it sees the spawning of two Forgiven Venerys – east and west – and one Forgiven Shame in the centre, all at level 80. In short, each tank should be assigned to the former, and DPS to the latter. When they’re down, the main boss’ AoE snapshot hits quickly, so healers should have their mitigation spells at the ready.

Now that we’re onto the final portion of this fight, you’ll likely face Starbirth often. This hits in the form of three large AoE circles spawn in different parts of the arena. There’s a large area that is not affected so attract the boss to this spot. From there, party-wide damage will trigger and the three circles will explode with an even larger area of affect. Basically, you really need to make sure you safe on the very edge of the arena away from the Starbirth circles. When the explosion is over with, head back into the centre with the boss.

As we’ve already mentioned, you’ll have plenty of primary phase mechanics to deal with but, at the same time, Final Fantasy 14’s Innocence has an aggravating penchant for charging through the centre of the map. You’ll regularly see the tankbuster, plus more Starbirth circles and Drop of Light. The big thing to make sure of is, if teammates become tethered, they must get as far away from this circles as possible to ensure they do not detonate with other party members in the vicinity. 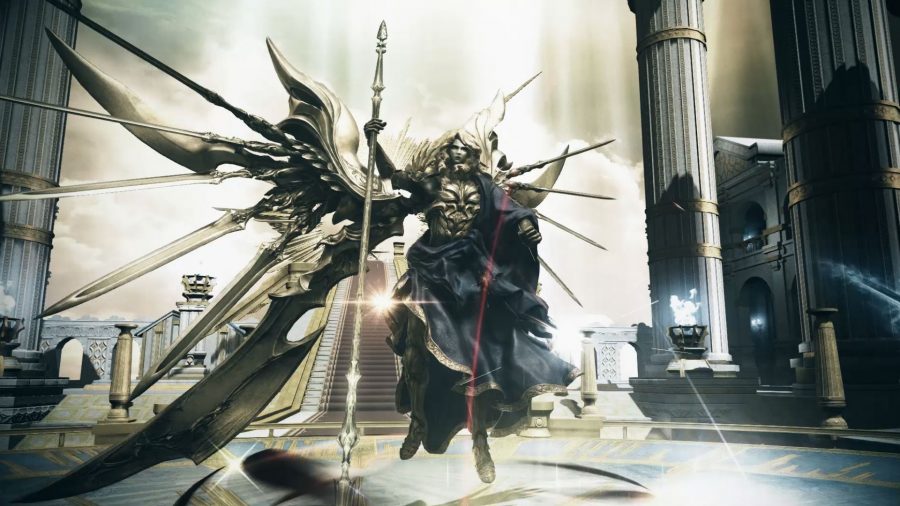 If the golden spears combine with God Ray – three cone shapes around the boss’ feet with three safe slits between them – here’s what you should do. First, before rushing to the safe bits, keep an eye on the trajectory of the golden spears. Then, bear in mind that the cone AoE shapes expand dramatically when they activate, and keep moving as they do.

Then you’ll just need to deal with the mechanics you’re now familiar with as they come, but the combinations can get tricky. For instance, you can get four of the white Starbirth circles in each corner of the arena, with two swords embedding themselves opposite each other at each north and south or east and west that each emit the three line AoE spread. Phew, we did say there are a lot of AoEs.

In this case, tanks should try to drag the boss between two Starbirth circles in one of the two corners in which the swords are not present. Then, when the Light Pillar stack hits, you can aim it at one of the Starbirth circles behind you to explode it. This gives you more safe space in which to stand after the explosion subsides. Your entire party should head to this point to evade this especially tricky late-on encounter. Now, you’re prepared for everything: until FF14’s Innocence is down, just dodge and react as necessary.

It looks like congratulations are in order: well done for completing the FF14 Innocence EX raid. It’s one of the hardest fights the game throws at you and, as a reward, you’ll get some lovely loot, including a chance at the Innocent Gwiber mount. You’re not guaranteed this new collectable, so cross your fingers, as the Lightwarden goes down, you get lucky. After that AoE-filled slog, you’ve certainly earned it.