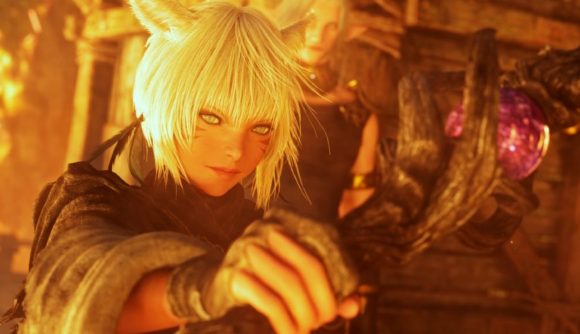 It looks like Final Fantasy XIV is continuing to go from strength to strength as we approach the launch of Endwalker later this year. Ahead of the first part of patch 5.5, Square Enix reveals the Final Fantasy XIV player count has now hit 22 million registered users.

FFXIV reached 20 million players in July 2020, just ahead of generous expansion of the FFXIV free trial, which has certainly made some contribution to the game’s continued growth – by some rough estimation, you’re getting well over 100 hours free content in that trial these days. With more free content and the upcoming expansion, the MMORPG still has plenty of room to get even bigger.

Final Fantasy XIV has undergone some impressive growth in the last few years. The Shadowbringers expansion helped the game make the jump from 16 million players to 18 million as of December 2019. For a bit more context, the total registered user count was reported as ten million in August 2017, so that’s another twelve million in the (almost) four years since.

The current FFXIV story comes to a close later this year, but there’s plenty more in store for the game. Here’s hoping it lives up to the lofty standards FFXIV has now set for itself.