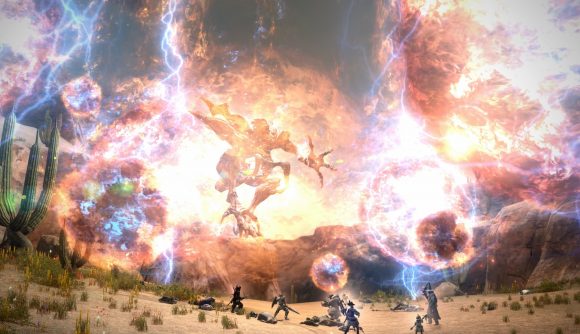 Final Fantasy XIV is dramatically expanding the scope of its free trial. Soon, players jumping into Square Enix’s massive MMORPG will be able to raise characters up to level 60 and play all story content through Heavensward, as well as some of the expansions that have launched in patches up to 3.56.

That’s a staggering amount of content in a free trial for one of the best MMOs on the market. The free trial will include everything mentioned above, which includes the jobs and playable Au Ra introduced in Heavensward. You’d have needed to own the expansion to see this content before now. Square Enix says owners of A Realm Reborn and the Starter Edition will have their games’ content updated to include this free content as well, in case anyone was worried they’d be left out of the newly expanded free trial content.

Being that it’s still a free trial for a game with a premium subscription, there are limits on what you can do gratis in Final Fantasy XIV – joining Free Companies, forming parties, and using the auction house are all activities reserved for paying customers.

The #FFXIV Free Trial is being expanded to include:

A Realm Reborn/Starter Edition owners are also being upgraded with the above! pic.twitter.com/1nGXFJjPpa

Still, by some estimates the story content available in the free trial for Final Fantasy XIV is going to total out at easily more than 100 hours with this expansion, even when you factor in Square Enix’s plan to abridge its gargantuan main story to make the game a bit less intimidating for new players.

Final Fantasy is one of the best MMOs on PC, and now there’s going to be plenty more of it to see before you have to finally pull out your wallet and pony up.