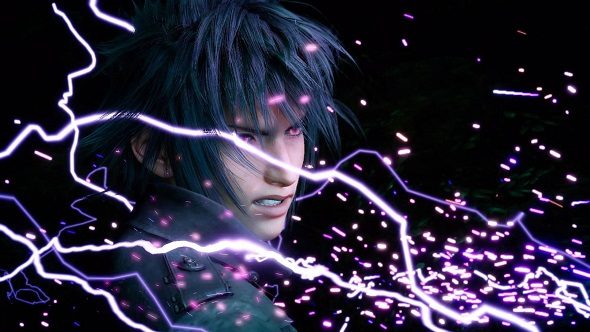 Final Fantasy XV is the least traditional game in the main Final Fantasy series. It wears its Western influences on its emo-boy-band sleeve, adding action-oriented real-time combat, driving, a close, third-person camera angle, and making you squeeze through tiny gaps at every opportunity. It’s also a service game. Yes, this is a single-player JRPG that’s being treated by its developers as a rolling project, it being improved and added to as the months go by.

For more questing with besties, check our list of the best RPGs.

Playing the game at its console launch last year was a strange experience. Away from the shampoo advert hairstyles, the ab-flashing, and brooding while sitting in an open-top car, it’s an endearing tale of friendship. It’s really clever in places, too, particularly how it positions characters’ hobbies as gameplay mechanics: Gladiolus, your bodyguard and sentient bicep, brings survival skills; your advisor, Ignis, is a cook; and Prompto, your best pal, is a photographer.

Throughout your journey, Prompto takes snaps and the best are shared with you at the end of each chapter. Later on, as the stakes are raised, some of these images have more meaning in retrospect. It’s ingenious, as it initially seems like something that exists solely to encourage you to share screens on social media, but it hides something more meaningful. It endears you to the characters and gives them agency outside of Noctis’s whims. 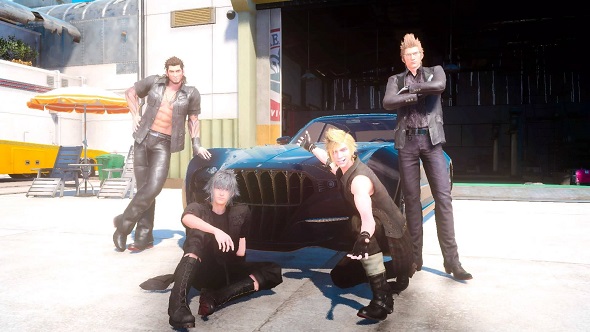 Going for a drive in the Regalia, your royal automobile, as you play your favourite music from across Final Fantasy history, is awe-inspiring at times. Massive herds of beasts cross the road like you’re on an otherworldly safari. Most of the control was taken away from you at launch, however, relegating us to just accelerating as the game steers you down a road, meaning you’re likely to look at your phone instead of the majesty of its world.

Combat is immediate and visually impressive, fulfilling the promise of every Final Fantasy cutscene – finally these characters can perform the acrobatic combat techniques we know they’re capable of, only this time we are in control.

There’s a lot of cool stuff in there – giant turtle bosses that take hours to murder, seemingly never-ending dungeons, and screen-filling summons that display the raw power of magic unlike anything else. But the game still felt unfinished – like disparate components bluntly stitched together. Some sections felt rushed. Some jarred with the feeling of the rest of the game. The final third in particular abandoned the open-world structure of the first two thirds, instead opting for a sprint – albeit one filled with obstacles – to the finish. 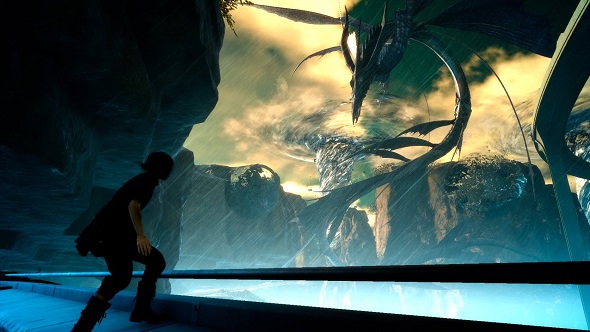 Chapter 13 is the worst offender. It tries to switch genres, putting Noctis on his own, away from his three companions, stripped of some of his powers. At this point the game became a test of my patience. Square Enix knew it was bad, too – in March this year, the infamous chapter was reworked. In the new version, Noctis has more power, taking away most of the frustration. There’s also an alternative version where you play as Noctis’s friends as they search for him, letting you bypass the chapter entirely.

That’s the thing about it coming to PC so much later: it’s a win for PC gamers. We’re getting the game that should have existed at release. There’s now a New Game+ mode. There’s a photo mode. There are tweaks to the gameplay and a host of bug fixes. One change added in June lets you get an off-road configuration for the Regalia, allowing you to freely drive across the world before you unlock the ability to fly that’s hidden away in side-quests. The PC version is even getting a first-person mode and it will include all the DLC released on console. On top of all this, the launch of a new co-op mode will let you experience the combat with friends.

My point is that this is a different, much better, more content-rich experience. Add to that the ability to play it in 4K, with improved textures, a higher frame rate, and a host of other changes unique to PC, and we’re getting the definitive version. Critics often say that flawed games feel like they needed another year or so of development time – well that’s exactly what we’re getting here. It feels almost as good as letting the wind blow through your anime hair on a monster safari.