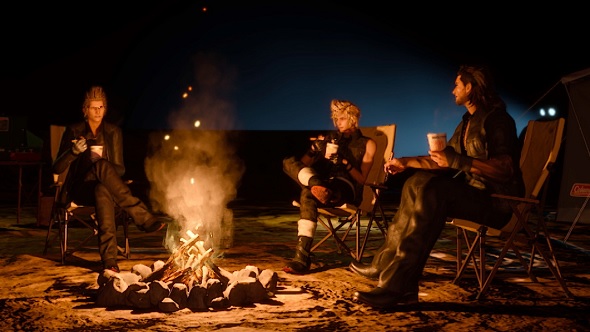 Warrior. Rogue. Priest. Mage. Chef. The last member of the RPG quintumvirate has been overlooked too often. Is it not true that the most underestimated member of the Fellowship of the Ring was not Frodo, but, in fact, lembas bread? Final Fantasy XV gets it, casting Ignis as a wandering cook, working with the materials his adventuring party provides. Here are the recipes you most want to get out of your itinerant nutritionist.

Here are 11 reasons the PC edition is the best version of Final Fantasy XV. 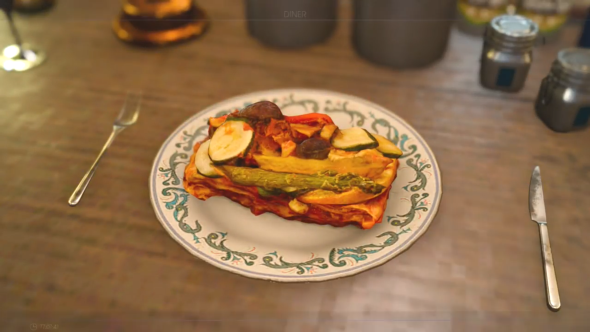 As in life, a hearty lasagna in Final Fantasy XV is good for your health, protects against the elements, and leaves you ready to learn – the perfect breakfast. In some parts of Italy, lasagna is known as ‘magebane’, thanks to its ability to counter spell damage. This particular recipe opts for the traditional Jabberwock sirloin, rather than the more exotic ‘beef mince’ used outside of Europe. 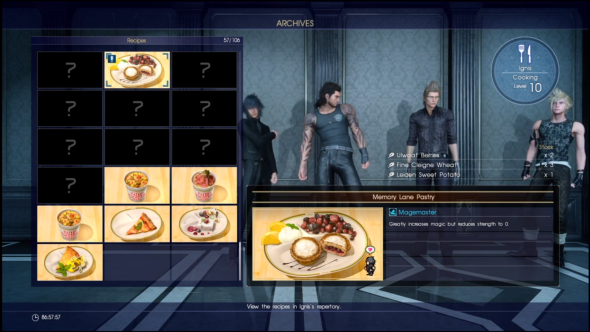 Memory Lane Pastry never fails to take me back to the sepia turnovers my mother used to make. Of course, we didn’t know they were sepia until years later – everything was black and white then. In Final Fantasy XV, the pastry boosts your magic by 500 but saps your strength, providing one of the most dramatic and specialised modifiers in the game. It’s just like my mother used to say: “Eat up! It’ll line your stomach and complement any black mage build.” 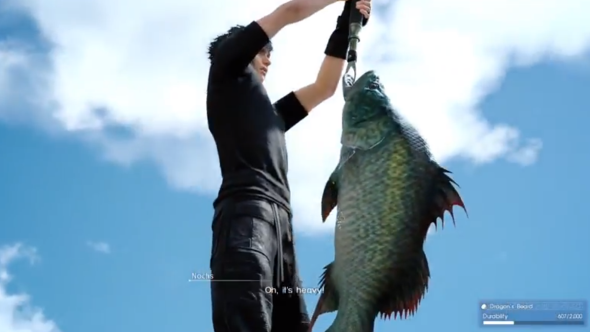 This meal is your reward for catching one of the toothier specimens in Final Fantasy XV’s waters. The Barramundi – or Barry, as he’s known to the friends you snatched him away from with a hook and a speciesist sense of entitlement – goes to work on your immune system, halting practically any temporary affliction before it’s begun. Best served with ginger and remorse. 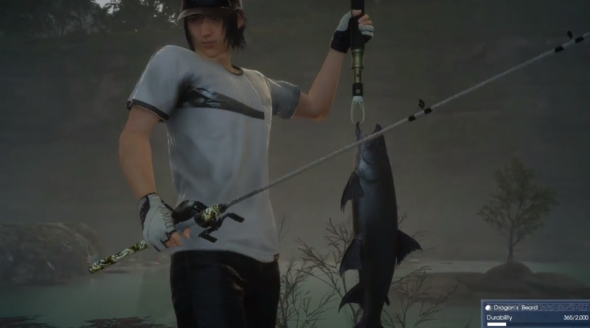 The Stranglers put it best:

“Golden tail, texture like sun
Lays ‘em down, crit damage fun
Throughout the night
HP for the fight
Never will fail, with golden tail.” 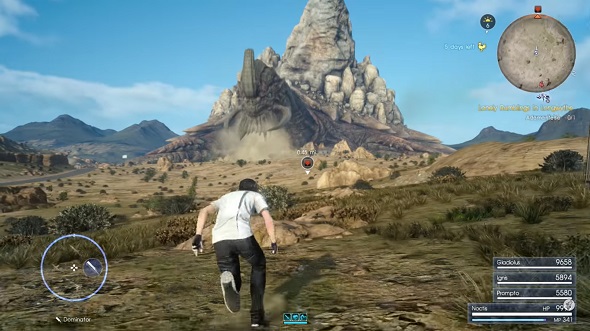 Foods rich in collagen are good for the skin, and one of those foods is the regular ol’ penis. Goat penis is said to be low in both fat and calories, while in China, chowing down on an ox’s lil’ fella is believed to counter a dearth in manliness. What I’m saying is that it’s no surprise Longwythe’s Peak, a clear euphemism for the willy of the Adamantoise, provides a powerful boost to your health and attack. 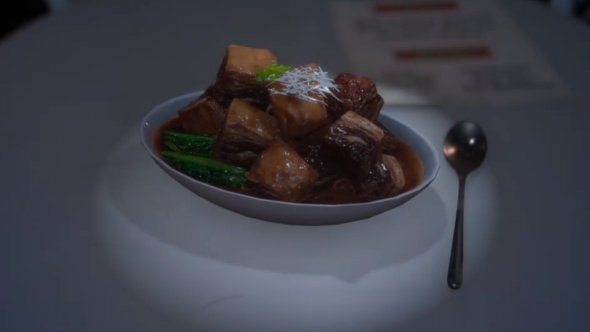 Don’t worry: no monarchs’ members were harmed in the making of this stew. You can leave out your eye of newt and toe of frog, too. Only the finest ingredients from the most endangered animals are fit for a king. Marrow of Kujata. Griffon’s breast. Behemoth tenderloin. Stop your mouth watering immediately. You’ll be lucky if your saliva isn’t collected by the Beast Protection Agency as evidence. In fact, the ‘king’ of the name most likely refers to the Behemoth itself, dubbed ‘king of the beasts’. By downing this broth, you can take on a little of its ferocity and hitpoint total. 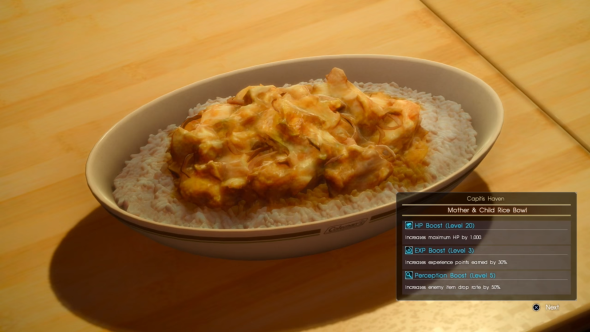 Some are squeamish about the idea of plating up the meats of two family members together in the same dish – preferring to offer the youngster as an amuse-bouche, before cooking a choice leg of mum with a simple accompaniment of boiled rice. But I’m not here to quibble about the ethics of Final Fantasy XV’s cannibalistic chefs, nor to check whether or not I’ve actually interpreted the title of this dish correctly – instead, I’m here to implore you to check out that 50% improved drop rate. That wasn’t a euphemism for loose bowels, but I suppose it can be now. 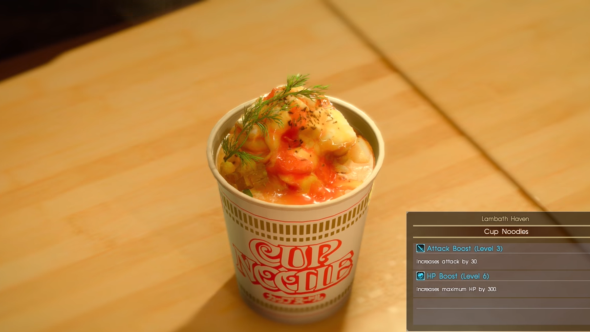 Theory: there is a point where product placement, shoehorned into a game flagrantly enough, becomes art. Sam Fisher popping open a packet of Wrigley’s chewing gum in a chinook ought to be projected onto a wall of the Tate Modern and looped 13,359 times a day. Final Fantasy XV’s promotion of Cup Noodles, meanwhile, is the peak of the form, effusing an aroma of shamelessness that is somehow intoxicating. Although not in the listed effects, submitting to this level of commercialism brings on a kind of relief. Capitalism has won. You can stop struggling now.

Have we missed out your favourite digital dish? Let us know which recipes you’ve had success with in the comments.