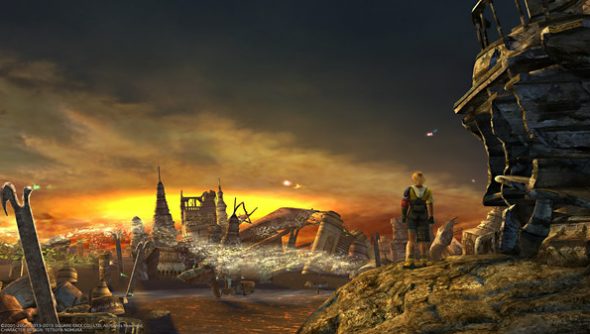 Final Fantasy X is one of my favourite JRPGs of all time, but the games in our list of PC’s best RPGs are also very good. Yes they are.

The remaster features updated visuals and the ability to switch between the reworked, more orchestral version of the soundtrack and the original. It will also feature options for Japanese and English voiceovers, but these come tied to that language’s text for the menus, so there won’t be any mixing and matching of settings there, unless someone mods it in.

As for the graphics options, here’s what you get:

Pretty extensive for a Final Fantasy port, eh? In less good news, the game will still be locked at 30fps.

You can pretend it’s not though, and increase the game’s speed via one of the many optional tweaks present in the game.

These boosts allow you to tweak the encounter rate, increase gameplay speed, let the game’s AI handle battles for you, turn of the HUD for screenshots, max out your consumables or gil (currency), and even unlock all of the skills.

So if you’re playing through just for the nostalgia trip and not the challenge, there’s plenty there to make sure you can just fly through and tell your dad you hate him.

Final Fantasy Xwill let you return to Zanarkand when it unlocks on Steam in around 20 hours. The remastered double pack will cost $29.99.