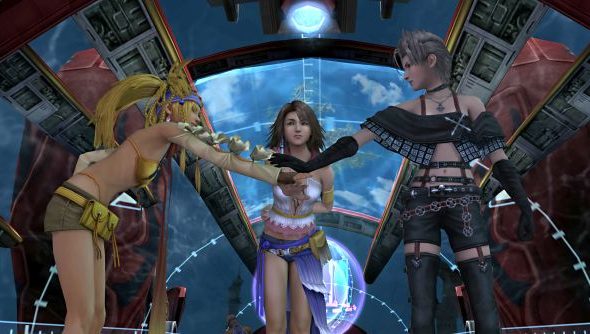 You have to love PC gamers. Rather than get angry about the news that Final Fantasy X & X-2 remaster will only run at 30fps, one fan has taken matters into his or her own hands and bumped play up to a smoother 60fps with a homemade mod.

Love RPGs? So do we. Here’s our rundown of the best RPGs on PC.

As unveiled by a series of videos on YouTube, the mod isn’t yet perfect, but it shows that 60fps is most definitely possible. Indeed, the creator – who goes by the handle Naxshe – has claimed Square Enix could easily have pulled it off itself if it was “just a little less lazy”.

Naxshe notes that there are “still some collision issues, but nothing that can’t be fixed” with the as of yet unreleased patch. The response on Reddit has been typically mixed, with some praising the modders efforts while others belittle the “PC master race’s” constant desire for high quality visuals. There’s no pleasing some people, is there?

A couple of days ago, modders also launched a patch that enables players to mix Japanese audio with English subtitles – an option strangely missing in action from the standard release.

As we detailed last week, the FFX & X-2 remaster comes with update visuals and the option to switch between the reworked, more orchestral version of the soundtrack and the original. Players can also fiddle with the encounter rate, increase gameplay speed, and let the game’s AI handle battles for you, amongst numerous other features.

You can pick up the remastered double pack on Steam for $29.99.