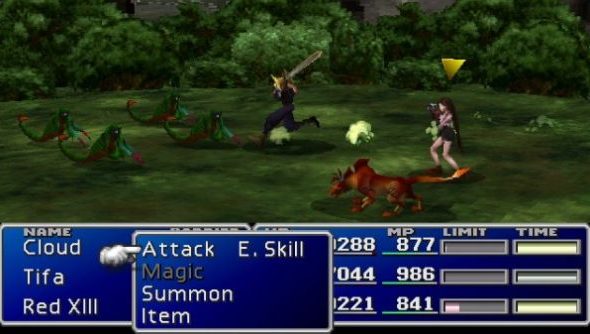 Is there a series more stubbornly console-bound than Final Fantasy? Thankfully, developing MMOs forced Squeenix’s hand and we got the exquisite Final Fantasy XIV: A Realm Reborn on PC – plus a welcome redo of Final Fantasy VII on Steam, though it took a while to reach its full, musical potential.

Rather than sating our appetites for pointy hats and po-faced walking haircuts, however, these games have only served to bounce noisily about our otherwise empty stomachs. Across oceans, thankfully, the high-ups at Squeenix have heard our clamour.

Final Fantasy producer Yoshinori Kitasetold Eurogamerthat Final Fantasy VII’s Steam re-release had been successful – and had likely opened the door for more launches on the platform in the future:.

“Final Fantasy 7 and 8 are now available on PC and they’ve been proving quite popular,” he said. “It’s an early stage for us. We haven’t got an awful lot of experience in this field. [But] when we have more know-how and experience in this market we would be very interested.”

He went on to point out that all three Final Fantasy 13 games began development on PC – though none were released that way.

“Then we had to port it to the consoles. As far as the technology is concerned, it would have been possible for us to make a PC version, but we decided against it for two reasons: we looked at the market situation and we didn’t think it would be a good idea, and also it would have involved lots of complex issues like security. So we decided not to do it this time around.”

Over the noise of millions of PC gamers grinding their teeth, Kitase then offered an olive branch of hope – noting that PC sales are “very strong” in “lots of regions”:

“We see potential in [Final Fantasy on PC],” he said. “So in terms of our hope of being able to deliver our games to every single country in the world and to as many gamers as possible, yes, we would definitely be interested in pursuing that route in the future.”

So which games are we going to get? Square Enix announced a Final Fantasy 15 for Xbox One and PS4 in the summer – and the three Final Fantasy 13s of varying qualities seem likely candidates. Or perhaps there’s an older iteration you’d like to see haytch-deed?