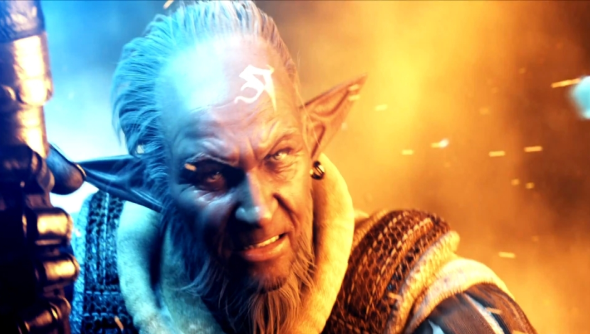 It takes a lot to admit that you made a mistake. Something Square Enix know all too well following the original release of Final Fantasy XIV. It wasn’t very good — so bad, in fact, that Square Enix formed a new team with the sole objective of redoing the entire game from scratch. The result is Final Fantasy XIV: A Realm Reborn.

I’ve played it all the way from level one to end-game. And I can say that A Realm Reborn is not just a remake: it’s a redemption.

It’s not attempting to revolutionise the MMO genre, but it refines a decade old. There’s nothing wrong with that: this is the most polished MMO I have ever played.

Let me be clear. This is a full-fledged Final Fantasy game with all the trimmings. You’ve got Eorzea as the huge open world: a mix of parched deserts, lush forests and sunny coasts. It’s filled with extravagant characters, including the series’ ubiquitous recurring character Cid. If you’re fan of any Final Fantasy game, FFXIV will be more than familiar. If not, then it might take some time to adjust to Square Enix’s style.

The main plot holds your hand from level 1 to 50 and beyond. It does well to propel you through the various zones Eorzea has to offer and directs you to various quest hubs. The writing is exactly as you would expect from a Final Fantasy game: good versus evil with plenty of character subplots and cheesy humour to top it off. Many of the main story quests use cutscenes to show off important events and interaction. Some are even voiced, but the English cast are a little cringeworthy. Luckily you can switch to the original Japanese audio with a few clicks. 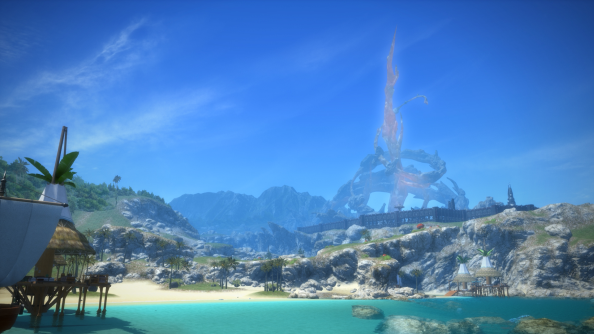 It’s rare to hear of an MMO these days that isn’t trying to shake up the genre with some revolutionary feature. This isn’t one of them. Your quests are often “kill x of that and fetch y of this.” Thankfully most quests don’t turn into endless wild goose chases, so the tempo remains fast. The strength of A Realm Reborn lies within the huge amount of different ways you can choose to advance your character. It’s just full of stuff to do.

Your Hunting Log is specific to each class. It’s a passive bounty hunt of various monsters throughout Eorzea. Most of your quests will usually entail with you killing the bounties anyway, think of it as a supplemental set of activities. A supplement worth buckets of experience.

Leves are repeatable quests that can be found all over the world. They’re like daily quests, but available to you at a much earlier level to help your progress. You get three allowances every 12 hours, allowing you to either hoard them (up to a 100) or complete them as you go. I found that saving them up for one of the many crafting classes was the best way to utilize them.

Guild Heists are a lovely set of instanced missions which unlock on average every five levels. They are fantastic in that they teach players the basic of dungeon and raid mechanics and tactics. They also award a hefty boost in experience upon first completion. There effect really shows up towards the end-game when players, even new to the genre, appear well equipped with the knowledge required to deal with the dungeons at hand.

FATES are A Realm Reborn’s take on public quests. They spawn randomly in the open world, requiring you to kill waves of monsters, take on a huge boss or collect a specific item. Depending on your participated, you’re awarded with either bronze, silver or gold completion bonuses. Players are also forced to scale down their level if they exceed the maximum requirements to prevent griefing. Towards the later levels (40-50), these become the primary way to level due to their lucrative experience rewards, almost too lucrative.

Dungeons are a weak point. They’re unlocked as your progress through the main quest line, but there are also semi-secret alternatives, hidden away. Each one has their own unique monsters and bosses. Rewards are stingy, and loot is sparse. Your only reward after killing each boss is one or two treasure coffers, awarding only one item each. The “trash” of each dungeon award little to no reward outside of exp, which can make them feel more like roadblocks than incentives. 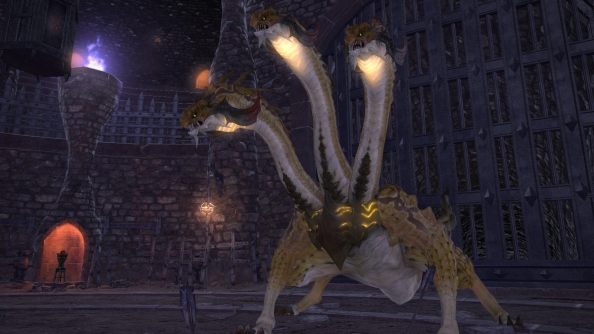 While FFXIV may not be trying to start a revolution, it handles class and character unlike any other successful MMO. While you start the game as one chosen class, at level 10 you have the ability to be any and all classes with just a switch of your weapon.

What does this mean? It removes the need for alts. But there’s a twist: when you switch to another class, your level and stats reset to level one. Each and every class has its own persistent level. This might seem daunting at first, but you get an exp bonus for every max leveled class you posses to make it a bit easier on your next.

Once you get a class to level 30, you can then choose to level a complementary class to level 15, which gives you a sort of specialization. For example, a level 30 Gladiator can dip his or her toes into Conjurer to level 15 to unlock the Paladin job. The Paladin can borrow some skills from both Conjurers and Marauders, but they will be weaker versions compared to if you were that actual class.

Crafting and gathering also uses this system. Equip one of the eight crafting tools or three gathering tools and you’ll find yourself again back at level one. Just like jobs, you can borrow skills from each crafting profession. Gathering is pretty bog standard: go into the world and click on nodes. Crafting though is different and fantastic. Any item you attempt to craft has various stats that you need to keep track of. Durability is how far the item is from falling apart, while quality dictates your chances at creating a high-quality version of that item. It’s basically a mini-game: improve the quality as much as possible while making sure the thing doesn’t break and you lose all your materials. This turns crafting into an actual skill instead of just a checklist. 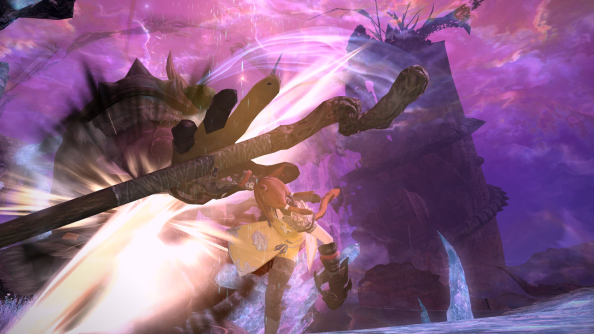 A Realm Reborn again stays with the familiarity of tab-targetting combat with a hot bar full of skills. It can’t match the combat of, say, TERA and Guild Wars 2, the sheer quality in the animations and skills elevate it. I played as a Pugilist: a hand to hand combat specialist. I could feel every punch as it connected with my enemies, and it was a treat to see a quick one-two followed by a roundhouse kick.

But there’s one massive flaw. Latency.

The servers for both American and European players for are hosted in Canada. I’m playing in the UK, and that means a consistent 100-200ms latency whenever I play. That’s almost acceptable for open world play, but in dungeons, it’s a complete nightmare, particularly when dealing with large area-of-effect abilities. It becomes a major issue in high-level dungeons, where those dodges are the difference between life and death. At the worst times, it can halt your progression completely. 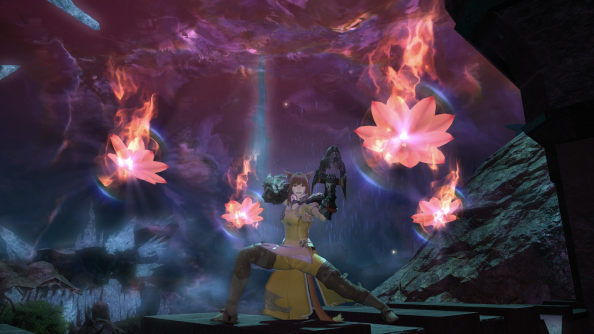 The completionist in me is nearly overwhelmed with the sheer amount of things to do in A Realm Reborn. Square Enix really do deserve praise for not only fixing the issues of the original game, but far exceeding their goal.