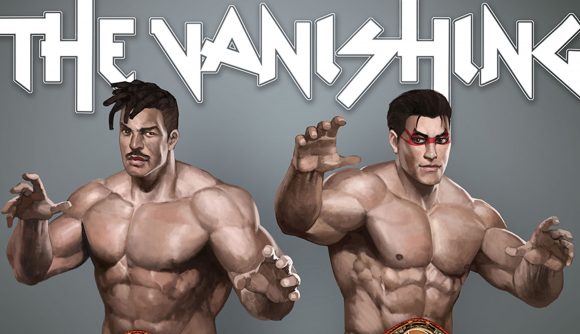 Goichi ‘Suda 51’ Suda got his start in gaming through the Fire Pro series, and his story mode for 1994’s Super Fire Pro Wrestling Special is the stuff of infamy. After rising through the ranks as a rookie wrestler, a series of tragedies strikes – and a handful of days after finally becoming world champion, your character commits suicide. Now Suda 51 is writing a sequel.

Tentatively titled Champion Road II, the new Fire Pro Wrestling World DLC follows up on those events now 25 years later. It casts you as the son of the main character from the original story, who’s now a rookie pro wrestler, too. Suda tells us he’s still working on the scenario writing, but the idea is to portray the internal workings of a pro wrestler, and all the drama that comes along with that – though he’s too early in the process to comment on whether it’s going to go as dark as the original story.

It’ll be similar in presentation to the previous New Japan-themed story mode, though Suda wants to go in a different direction artistically, likely with more pixel art to push the plot along. Your character’s style will likely grow throughout the game, and his moveset will change and expand as he travels and fights new opponents.

Suda says scenario writing is a very personal thing for him – so he’s doing it at home, outside of office hours. That means release timing is still up in the air, but he hopes it’ll be out some time this year.

Additionally, Suda has been talking with Spike Chunsoft producers about getting Fire Pro Wrestling Special on Steam – an idea that’s not yet set in stone, but it does mean that we might finally see that infamous ending in English.

And since I couldn’t resist a chance to talk wrestling for a moment – Suda says the Rainmaker is his favourite finishing move in wrestling today, and that Kazuchika Okada is a wrestler with the kind of presence of a WWE star – and that he’d like to see Okada go to WWE and face Shinsuke Nakamura again.