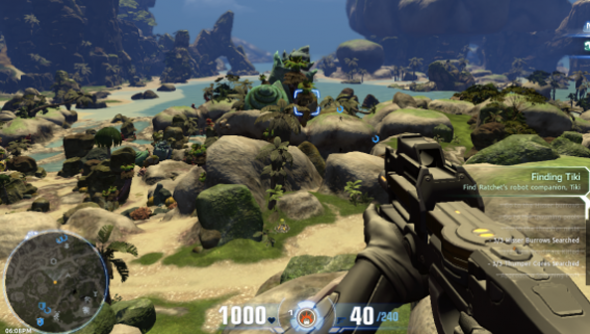 Red 5 had a “dark launch” for Firefall’s European servers last weekend, during which players presumably stumbled about and bumped into each other a lot. But now the developers have turned the lights on – the servers are live, stable and ready to take the weight of our continent’s players this weekend.

“We’ve been working hard to get these servers up and running for our European fans and it’s great that we were able to launch them in time for the Beta Weekends,” said Red 5 CEO Mark Kern. “We still expect some kinks as the stress-testing continues, but overall, performance
should be significantly improved with less lag for European players.”

This weekend’s stress-test runs from December 7th-9th, and it’s not too late to sign up. Players will mill about, try stuff, break some of it and report the damage to Red 5 so that the developers can prepare for a more permanent beta.

Red 5 have added new open world nonsense to stumble across for the occasion, including frontline skirmishes against Firefall-baddies the Chosen, boss encounters and the racing of these: Our Paul’s Firefall preview should tell you all you need to know – the weather in Copacabana is lovely, the wildlife can reportedly be “a little bitey”, but most of all the game simply needs more players. Might you be one of them?