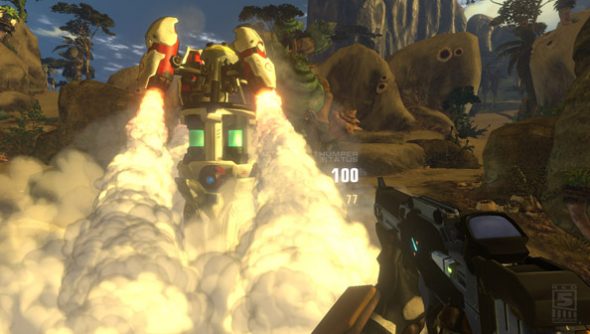 Red 5 have been through the mill. In the past 12 months they took their MMO shooter’s PvP offline, let go of 10% of their staff, and dismissed their CEO. This is all before the Firefall’s even left beta.

It looks like things may be beginning to turn good for the developer. They’ve managed to secure a further $23 million to push the game through its final stages of development and get it released later this year.

“This additional round of funding will offer us the means to execute on our plan for successfully launching Firefall in 2014.” said James Macauley, acting CEO. “This is the year Firefall takes flight. The entire Red 5 tribe is focused on creating top quality content that will take Firefall to the next level and we are excited for this next stage of development.”

The $23 million was drummed up from previous investor The9 and new investor Shanghai Oriental Pearl Culture Development. With Chinese investment, Firefall should be free to release in China once it leaves beta.

The next year will see the release of more story content for the game. Hopefully, the PvP will be brought back and re-implemented. Certainly, Red 5 hope that, too. They’re saying that “later this year, players will take combat to a new scale with the introduction of open-world PvP, as whole armies fight for the control of new areas revealed within the depths of the Melding.”

There’s no set release date yet.