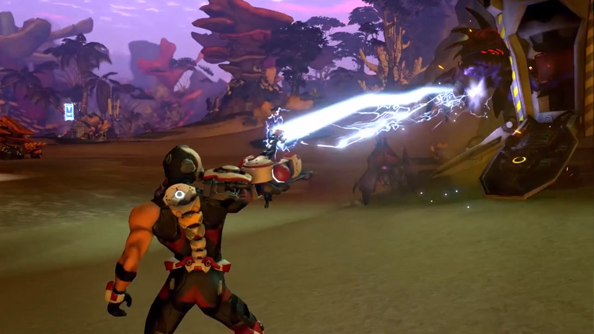 Firefall, the free-to-play shooter-MMO, is shutting down today after almost three years.

The news comes via an announcement by developers Red 5, who say on their website:

“With heavy hearts, we regret to inform you that after much review and analysis, Red 5 Studios have decided to suspend the Firefall efforts on 7th, July 2017. Thank you for being an important part of the Firefall experience and for your loyalty and dedication to the online community.”

Firefall has been in various beta phases since at least 2011, and in development since 2005, when World of Warcraft was still a young revolutionary rather than a haggard veteran in the MMO genre. Firefall changed drastically over that lengthy development, which explains its unevenness at release. To get an idea of what Red 5 went through, check out Julian’s interview with them in December 2014, which covers all the pre- and post-launch turbulence.

It’s actually fascinating stuff. Some of the game’s many bugs were uncovered by players standing on top of each other to see how high they could get (the answer? “Beyond our draw range. It’s ridiculous.”) For all its troubles and despite its many iterations, Firefall could never be faulted for a lack of ambition, which is praiseworthy. 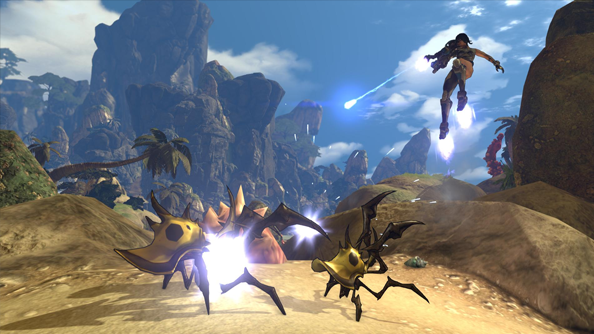 Though the MMO is closing, the Firefall IP isn’t dead. Developers Red 5 say they’re going to make a mobile version, in which all Firefall’s founders and players “will be rewarded greatly.”

Updates on that development will follow. Did you play Firefall? Are you sad to see it go? Let us know in the comments.