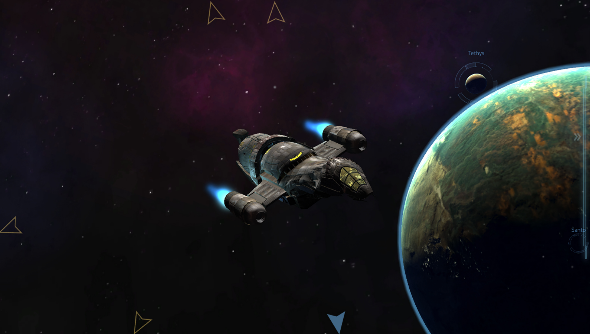 For the sake of getting to the point, just imagine if a great, gushing eulogy to dearly departed TV phenomenon Firefly has already been written. Now let’s all get excited because Firefly Online will soon be with us, due to dock sometime in Summer 2014 on PC and Mac. Quantum Mechanix and Spark Plug Games are in the development hotseat and are letting Browncoats lose into the inky black in their own ships to smuggle contraband and other (more/less) legal produce under the nose of the overly-stern Alliance.

A nice cargo-dump of information has landed, so before you all end up bar-brawling over what you think Mal’s finest moment was, let’s take a look at what to expect in the space-western MMO. 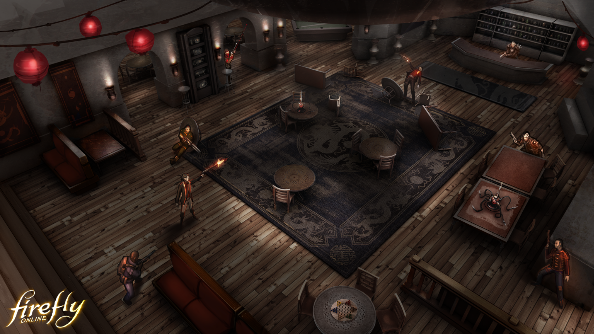 io9 is responsible for the details after they got an exclusive look at the game, and their report contains some exciting details. Whilst the game looks a little on the simple side graphically (due to also being released on tablet I expect) it does seem to capture the spirit of the show, with a “free flight engine” allowing 3D space travel around a fully realised universe. You’ll be travelling in your own ship which can be one of a decent variety, including the beloved Firefly-class. These ships can be customised to have personalised living quarters and be upgraded with different engine models. They will also be crewed by a gang of your choosing.

With a boat in the sky, you’ll have to take your crew on ‘jobs’, Firefly Online’s equivelent of quests. These will take you to a variety of planets, saloons, and space emporiums, where conflicts will either be solved by riddling enemies full of bullet holes, or talking your way out of situations if you’re savvy enough. And for jobs that require going right to the edge of space, you’re likely to come across Firefly’s most feared enemies: the Reavers (a bunch of guys who like to rape, eat, and skin people, who were created thanks to some horrific terraforming incident. It’s a long story…)

For those who’d rather take the evil empire route, you’ll be disappointed at launch as Firefly only offers the chance to play as the Browncoats. Yet joining the Alliance may come later, with Quantum Mechanix’s Andy Gore explaining “In the first release, players will take the part of a Browncoat captain. However, we are looking at adding factions in a later DLC release.”

Firefly Online is due Summer 2014. Until then, check out the selection of artwork and GIFs in io9’s report.