The best thing a videogame can give to you, after your finite enjoyment of its systems runs its course, is a sense of time and place. That sense of virtual tourism is often undernourished in even the best games, but Campo Santo’s debut title places it at the fore, leaving a heightened, dreamlike experience of Wyoming’s Shoshone national park in 1989 that keeps coming back to occupy your thoughts after the credits roll.

Want to contribute your own thoughts about the game? Head over to our Firewatch user reviewpage.

The best way to play Firewatch is to go in knowing as little as possible about it. That’s not to say it’s constructed like an M. Night Shyamalan movie, balanced on a precarious central conceit. Writer Sean Vanaman also penned the first season of Telltale’s Walking Dead episodes, so as you might expect, the storytelling is measured, slow-burning, never showy. 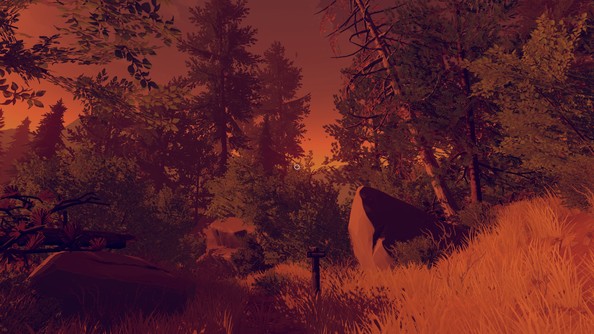 But among its charms is the sensation that, for a while at least, you’re not quite sure what kind of game this is that you’ve found yourself in. And I don’t want to deprive you of that.

However, I will, because you’ve read on after I gave you fair warning. Essentially what Campo Santo have created is a non-genre game, broadly similar to recent treasures Gone Home, The Vanishing of Ethan Carter, and Everybody’s Gone to the Rapture (surely soon to arrive on PCif there’s any justice in the world).

It preys on the expectations you have when playing a first-person game, sometimes taking on a horror complexion, sometimes happy just to leave you to your own devices and drink in the atmosphere of the Wyoming wilderness. You’ll want to do this quite a lot. 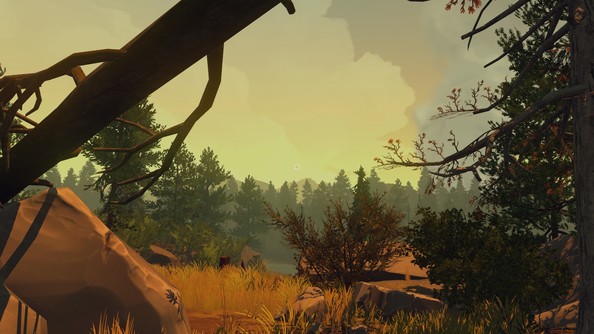 Like The Witness, Firewatch takes a natural environment already rich with beauty and shines it through a stylised prism to create something less lucid than reality and more painterly – a sort of hyper-nature. This hyper-natural Shoshone National Forest is the game’s strongest asset, constantly demanding that you just stop in your tracks for a second and appreciate the way the light, colours, and silhouettes have combined to make you feel intrinsically happy. Artist Olly Moss (who designs these wonderfully reimaged movie posters and the Resistance 3 box art) deserves awards – actual silverware – for his art direction.

Better than being simply a great setting for a hiking sim, the forests, meadows, caves, and creeks of Shoshone play host to a tightly-wound narrative, conveyed primarily through radio conversations between protagonist Henry and fellow fire lookout Delilah. 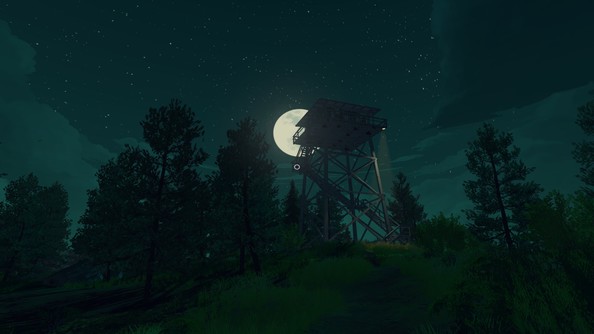 Henry’s found some kind of refuge in his new job maintaining a national park in the middle of nowhere. It gives him distance from his problems in the life he knew – a wife who doesn’t recognise him anymore, in the latter stages of Alzheimer’s and being cared for by her parents on the other side of the globe. The scale of his surroundings, and the triviality of his tasks – such as confiscating fireworks from reckless teenage campers – is comforting to both player and character.

However alone Henry might be in the Shoshone landscape, there’s always the walkie-talkie. At the heart of Firewatch’s story, which I’m trying desperately not to go into detail on, is a relationship between two people who haven’t met, both isolated by the same vast wilderness. It’s told wonderfully, oscillating between moments of levity and tension, drama and tranquility. 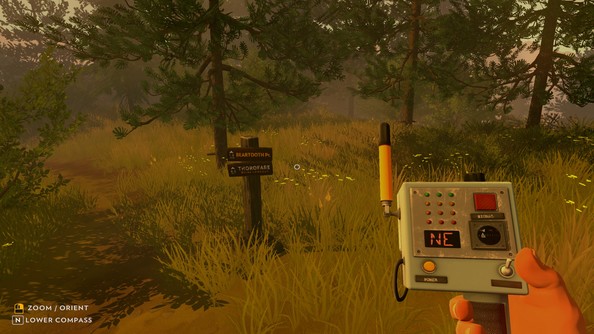 At least half the fun of my playthrough came from anticipating what Firewatch might reveal itself to be. Initially a text adventure, then a hike through arresting scenery, then a straightforward park ranger procedural, then… what? Campo Santo bait you, lure your mind down different paths by throwing in the subtlest suggestion of a sinister element, then leaving you alone in the wildnerness to stew on it.

Slightly jarring, though, is the staccato pacing that wrenches you unexpectedly from a particular moment, fades to black, then places you back in the story after vast swathes of time have passed. It feels at odds with the satisying daily cadence of its opening hours, in which you get accustomed to having a particular job to do each day and enjoy the comfort of hiking back to your tower in the twilight. This is a game in which you’ll spend a good portion studying a paper map and compass for directions, listening to the wind brush through the trees, so it’s disconcerting to have such an injection of pace exerted on you. 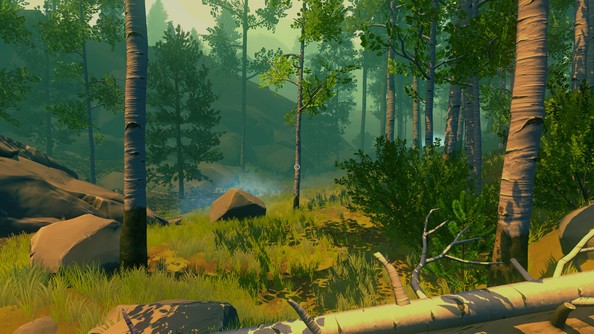 The momentary feeling of disengagement that those fast-forwards create is minor collateral damage to a narrative that can withstand a few knocks. Campo Santo’s soft touch approach disguises the fact that your interactions with the world are limited by adding detail to every object and scene you encounter.

There are letters stored in supply caches between former rangers and drinking buddies, paperbacks bearing late ’80s designs and other treasures from the era that exist to reward your curiosity, and paint a picture of your world in finer brushstrokes. You might not be impacting that world systemically, but as events happen to you – I’m just going to call them ‘events’ – you’re invested because of these details. 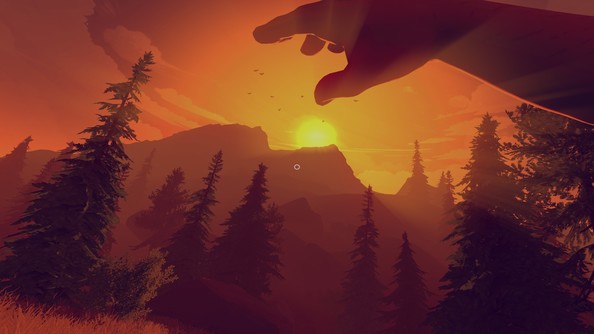 The truth is, Firewatch is actually a small-scale linear game, developed by a small-scale team, that successfully conjures up something much bigger. It’s a fairly brief experience, running at less than five hours, but the high bar Campo Santo set for production values never slips during that time.

Nor does the team pad its narrative or cheapen its world by gameifying it for the sake of it. As a result, you get a powerfully distilled story told in a time and place that haunts you with its beauty, its mystery, and restraint. Firewatch takes the time to turn its setting into a character, and it’s one of the most three-dimensional videogame characters you’ll encounter in 2016.