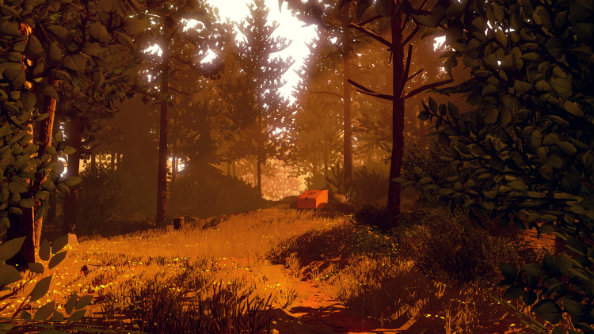 So it turns out people do like first-person exploration / walkie-talkies / horizons / funny dialogue / the outdoors / interpersonal relationships.

Speaking of small, well-executed successes, here are the best indie games on PC.

Last month we learned that Firewatch’s early sales were beyond the “wildest expectations” of debut developer Campo Santo, and now we’ve got more concrete data.

Firewatch was bankrolled, somewhat implausibly, by cult Mac and iOS software specialists Panic. It was the first game the Portland company had ever been involved in.

“Panic’s metric for Firewatch’s success was probably calibrated a little bit differently than Campo Santo’s,” blogs Panic co-founder Cabel Sasser. “Of course we wanted to make the best possible game we could, but we also had made an investment we really hoped to recoup.”

Drumroll: they recouped it.

“Firewatch’s budget, while huge for us, was modest for a game of its quality and scope, but we made our investment back in about one day,” says Sasser.

Firewatch sold 500,000 copies at full price in its first month and can be considered a “sales success” by Panic’s estimations. There have been somewhere in the region of 15 million views of Firewatch footage on YouTube. Prefer a more unusual metric? 214,802 in-game photos have been uploaded and, since they can be ordered in physical form, Panic have shipped out over 1,000 sets.

“We’re so grateful,” notes Sasser. “And relieved. But mostly grateful.”