In the run up to the PCGamesN Awards on December 23rd – mark your diaries, people – we’ll be publishing daily staff picks of the finest games 2016 has had to offer. Today it’s Jeremy, who had one job, damn it.

Chin-wagging. Chewing the fat. Making mouth music. Splitting the speech-onion. Gargling thoughts. Whatever your preferred euphemism, PC games don’t often do casual conversation. They certainly don’t do it in first-person with all the interactive trimmings we’ve come to expect from our simulations.

In that sort of PC game, too often we find there’s only one line of dialogue available: “DAKKA DAKKA DAKKA.”

It’s not grave summits about the fate of the realm I’m after, nor back-and-forths in the Batcave about staring too long into the abyss. From time to time, I’d like to just have a bit of a laugh with an NPC without straying away from the kind of fully-realised worlds I love.

It wasn’t something I knew I wanted until Firewatch. In the debut game from Campo Santo, a man named Henry accepts a job as a fire lookout in the Wyoming wilderness to escape sadness and responsibility back home. His only company is a walkie talkie, and the supervisor on the other end: Delilah.

The studio’s founders had already revolutionised speech once as the core team of Telltale’s The Walking Dead – where they tied the multiple choice conversation of BioWare RPGs to a timer. That simple change introduced a capacity for bumbling and panic that could turn even everyday conversation tense. But it was also freeing, allowing the possibility of saying nothing at all when words failed.

With Firewatch they went one further, letting strands of story loose in a rocky open world. If Henry comes across a sleeping bag in the woods, he can let Delilah know about it – or not – by lifting his walkie talkie. It’s remarkable how liberating that feels: choosing which subjects to bring into the game and in what order. Up in the mountain air, Henry can reveal as much or as little of himself as he likes. 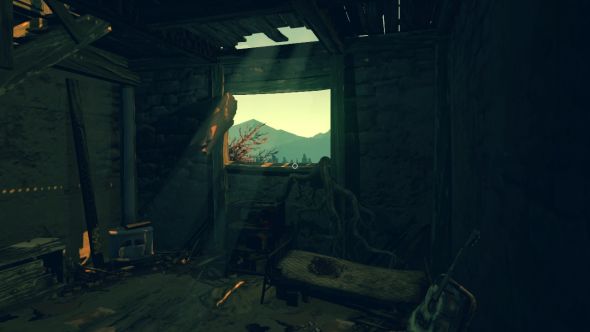 Of course things heat up – literally, since Henry turns out to be appallingly bad at sitting in his tower, watching for fires, doing his damn job. And while nobody ever pulls a gun, this is still a thriller by Hollywood standards. Like Gone Home before it, Firewatch plays with red herrings: hooking you with horror and peril before pulling away the tablecloth to reveal that – gasp – you’ve been enjoying a simple character piece all along and didn’t really need any of that stuff.

The truth is that Firewatch is at its sublime best when Henry and Delilah are feeling out each other’s personalities, gradually learning what makes each other laugh and, since they work in towers miles apart, guessing at what each other look like.

It’s hard to imagine that gaming podcasts have had a role in the inception of many Games of the Year – but it would be folly to ignore the influence of Idle Thumbs on Firewatch. 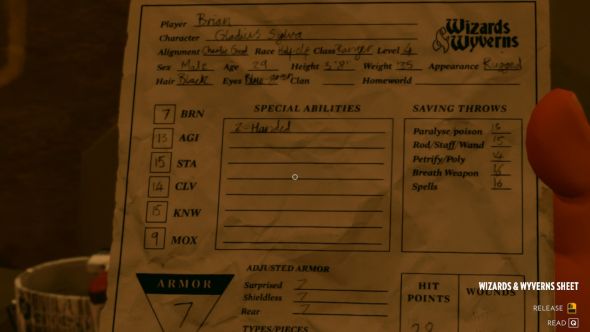 While Campo Santo’s Sean Vanaman and Jake Rodkin cut their teeth at Telltale, they hashed out their design likes and dislikes in public over a period of years on Idle Thumbs – alongside Gone Home’s Steve Gaynor and the composer of both games, Chris Remo.

For any former listener, it’s hard not to view this game as the culmination of years of gushing anecdotes on air. One of the Thumbs’ most enduring in-jokes was about a grenade rolling down a hill in Far Cry 2 – a shorthand for the sort of unpredictable game systems they loved, the kind that brought about unforeseen phenomena. 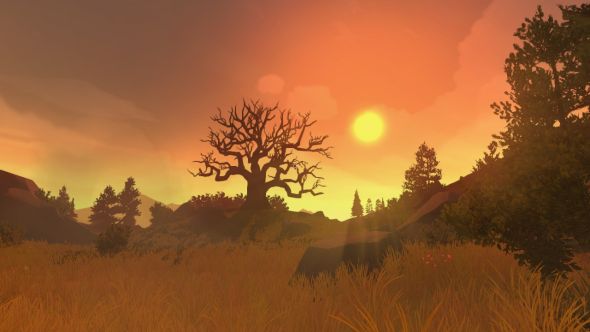 Case in point: when, while searching for the source of a plume of smoke in the forest, a clunking audio cue told me that Henry’s foot had hit something metal. It felt like the most natural thing in the world to look down at his shoes, see a beer can rolling sideways into a stream, and call up Delilah to let her know there were signs of life in the park. It was one of a number of moments when Firewatch’s simulation and dialogue converged to justify the whole effort – as if I was witnessing the birth of a bastard genre.

There’s one other thing Campo Santo took from the RPGs, though perhaps not intentionally: a morality meter. Just as some Gone Home players turned on all the lights for comfort – or switched them off to conserve electricity – it quickly became apparent over the summer that a subset of Firewatch players were making it their mission to clean up the park. They were picking up every stray can and interactive piece of litter in an effort to keep Shoshone National Forest’s hazy beauty intact.

How do you dark-side Firewatch, then? Where is its Little Sister-munching moment of amorality? Try picking up a crumpled can and then chucking it back to the ground.