Believe it or not, social deduction games did not begin with Among Us. There have been a few notable ones over the years, some of which we’ve collated into a collection of the best games like Among Us, but the first of its kind was Space Station 13 back in 2003 – and the stories that have come out of that game put our Among Us anecdotes to shame.

First Class Trouble is an upcoming social deduction game that’s probably closer to The Ship: Murder Party. It’s the second game from Danish studio Invisible Walls and a significant departure from the developer’s first game, Aporia: Beyond the Valley, which has you wandering around deserted ruins, uncovering the story of a lost civilisation. First Class Trouble meanwhile, has players waking up aboard an interstellar cruise ship betraying each other in a desperate bid for survival.

We spoke with Niels Wetterberg, CEO and artistic director at Invisible Walls, to ask him about why the studio changed engines to Unreal Engine 4, the appeal of social deduction games as a whole, and what impact the popularity of Among Us has had on the development of First Class Trouble.

Invisible Walls’ previous game was made in the CryEngine, so our first question is what the biggest game changer was when working with Unreal Engine 4. “Blueprints!” proclaims Niels, “The blueprint system has been one of the decisive factors when developing First Class Trouble. Our designers and artists can easily implement and test their work, without redirecting the task to a programmer. This allows our main programmers to focus on the more complex features and let designers implement simple features such as opening a door or changing a light.” 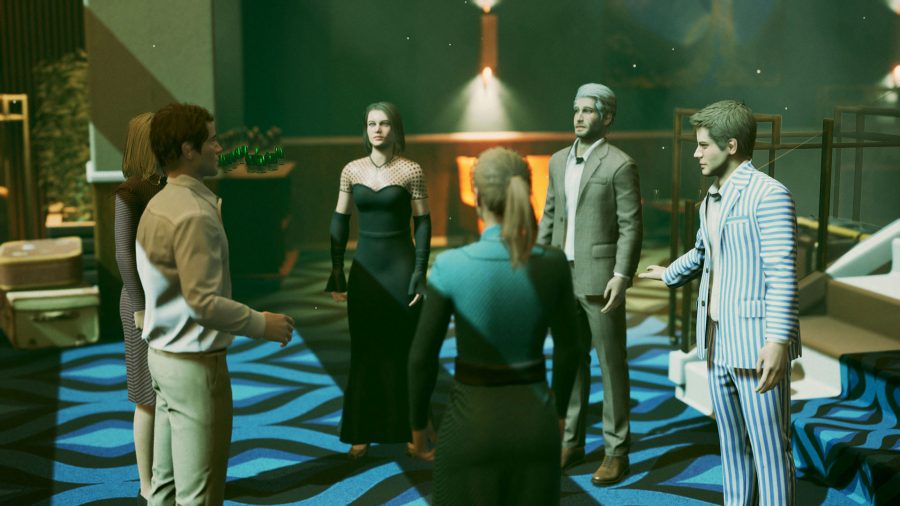 The other important difference between the two games is multiplayer, and Niels also highlights Unreal Engine 4’s networking as a vital feature for First Class Trouble. “When we started development and ventured into multiplayer, it was something we hadn’t touched at the time. We had to work with clients, servers, and replication. It really was an elaborate task, but when we got the general understanding of it all, we really benefited from the way UE4’s networking is set up. The fact that UE4 already includes a basic framework for networked games, gave us a solid foundation to work with.”

Visuals are also a key draw for Niels, who heaps praise on Unreal Engine 4’s suite of post-processing tools. “We extensively used UE4’s post processing effects to achieve [our] own visual style,” Niels explains. “The mere fact that what the engine shows you in the editor is what the player sees in-game makes it tremendously easy to achieve visual fidelity.”

Niels also explains that because Unreal Engine 4 has an incredibly low performance cost on hardware, which “means we can reach an even higher with our aesthetics, while creating a deep and rich presentation to players across different hardware specs.” 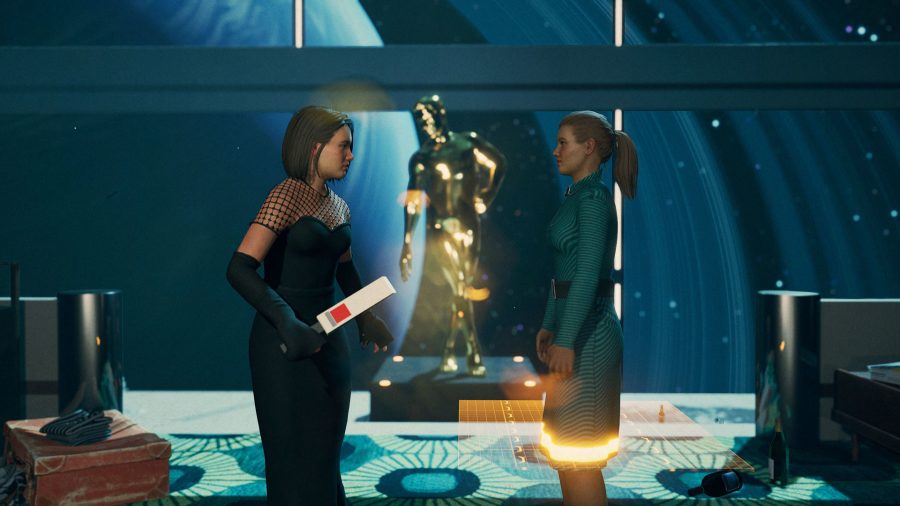 Development has not been without its hurdles, and one main challenge for Invisible Walls was working out how to implement new ways for players to interact with other players, such as smashing another player with a bottle, or killing another player who is being held in place by a third player. “This was why we chose to implement Unreal’s Gameplay Ability System (GAS) during development,” Niels says, “it made multiplayer interactions with both objects and other players much easier to handle, such as situations where you grab one player, while being pushed by another. It also made it quicker to add new items and new abilities to the game. With the GAS it is now three times faster to add an ability than it was before.”

we have always believed that social deduction games have mainstream appeal

Since First Class Trouble is a social deduction game, there are similarities between it and Among Us. However, the recent and monumental success of Among Us has not been too much of a concern for the team. “We’ve been working on First Class Trouble for 3 years,” Niels recalls, “as we have always believed that social strategy and social deduction has had a mainstream potential.”

With First Class Trouble recently concluding its pre-alpha testing phase, Niels is delighted with the results. “So far the feedback has been great – with a lot of hardcore social strategy fans identifying and commemorating us for the things that set us apart from other social strategy games. It’s a game for adults with a hint of class and a dash of humour – and it’s a game that can scale and grow with the players. We are eager to nurture and expand an already enthusiastic player base when we release later this year.” 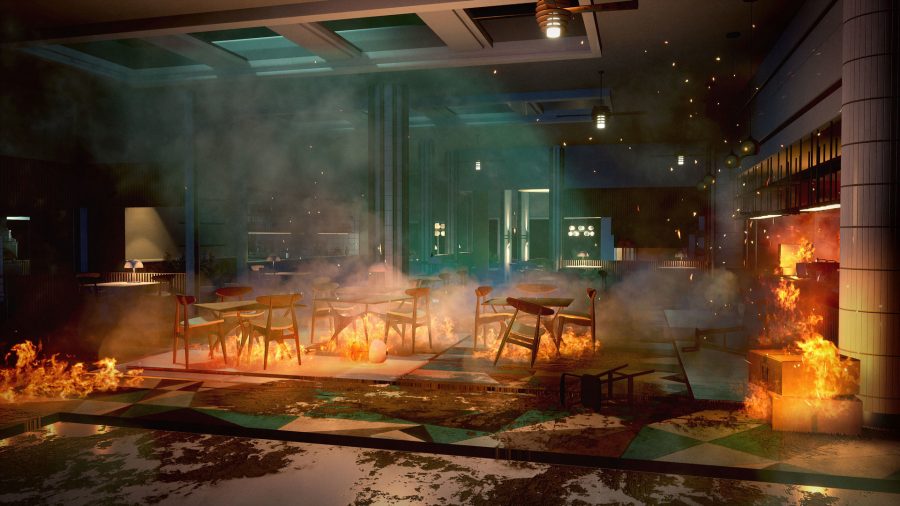 Among Us has blown up in part thanks to its popularity among Twitch viewers, and Niels believes that First Class Trouble is “very watchable,” thanks to some unique mechanics. “One of the coolest mechanics in the game is how you kill other players. In the most practical sense, it happens by grabbing a player and convincing someone to do the dirty deed of actually performing the finishing move. It sounds pretty simple, but in reality it requires communication, good lying skills, and tactical awareness to know when to participate in a takedown.” This could only be possible with the use of in-game proximity voice chat, a popular feature that has been modded into Among Us, but is native to First Class Trouble.

Invisible Walls is aiming to release First Class Trouble into Steam Early Access in March, so there’s plenty of work still to do. “Every week we are adding more and more fun things that lead to hilarious gameplay moments. Just the other day one of our programmers added paper planes, which you can throw at other players to knock them on their butt, and they catch fire when thrown through sources of flames.”

Related: Here are the best multiplayer games on PC

Another key focus for the coming months is nurturing and growing the game’s community. “I think being active and engaging with our players is of the utmost importance. This is also where a deeper level of modifiers to the game come in. We aren’t the experts – the players are, and if they want to play it a certain way then they should be allowed to do so. Five Personoids versus one Resident? Sure, knock yourself out!” For Niels, it’s all about ensuring players can roleplay and create their own experiences within First Class Trouble.

In this sponsored series, we’re looking at how game developers are taking advantage of Unreal Engine 4 to create a new generation of PC games. With thanks to Epic Games and Invisible Walls.