Steam has been the dominant market force when it comes to PC games for years. GOG and Humble, as well as publisher-specific platforms such as Origin and Uplay, have existed in the background, but each offer a very different end product. If an indie developer wants to release a new game the chances are they’d have to go through Valve’s platform if they want to see significant sales numbers.

Earlier this year, however, voice chat app Discord announced it would be launching its own store, in one of the most direct challenges ever mounted against Steam. As well as providing access to a library of classics through a subscription service, dubbed Nitro, Discord announced it would use its store to provide exclusive release windows for a curated selection of games.

While Steam has been available for more than a decade – with the development power of one of the world’s most beloved game studios behind it – Discord has been around for just a fraction of that time. Yet seven indie developers have temporarily forgone Valve’s platform, opting instead for a 90-day exclusivity period as part of the ‘First on Discord’ scheme. The choice is arguably a gamble, so what is Discord offering that Valve’s juggernaut isn’t?

The Seeds of Discord

According to Iain Garner, global marketing director at Another Indie, exposure is a key factor. Another Indie is publishing Sinner: Sacrifice for Redemption, a ‘reverse Souls-like’ in which players must issue themselves permanent debuffs before taking on each of the game’s seven bosses. “Discord approached us, and told us how they were planning on supporting us, not just with the initial offerings, but also with a guaranteed amount of exposure,” Garner tells me. 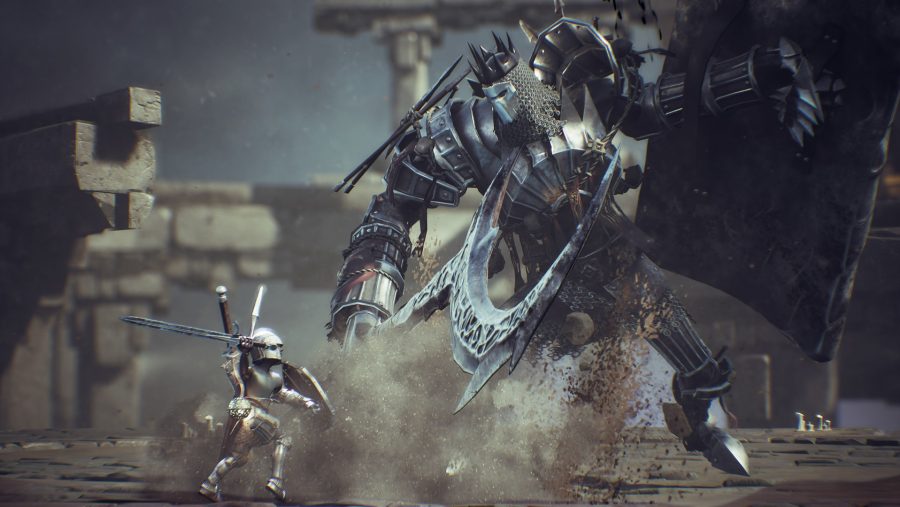 At the end of 2017, there were 291 million registered Steam accounts. That’s a little under double what Discord has to offer – figures from May report 130 million users, a figure that Garner claims has risen to around 160 million. But those numbers don’t tell the whole story. As of the end of 2017, there were 18,853 games on Steam, a total that has likely risen by several thousand this year. When Valve launched Steam Direct in June 2017 it essentially adopted an ‘anything goes’ policy for the platform. With hundreds of games releasing every day, indie developers are finding it hard to gather an audience, their games often lost in the noise.

“As indies, you don’t have budgets for massive marketing campaigns. A lot of indie games just get absolutely buried on Steam because there’s no way to gain visibility,” Ben Palevsky tells me, one of the team making King of the Hat, a fighting party-brawler game in which your weapon is also your greatest vulnerability. “We were very lucky that Discord reached out to us.”

It’s a sentiment that Garner shares – AnotherIndie has launched several games on Steam, and the majority have been well received, but even among those, some have under performed. “They get buried so quickly. If you have a bad launch day, then it’s game over. And that’s kind of tragic,” Garner says.

The guaranteed exposure Discord offers will see the seven First on Discord (FoD) titles feature as part of a curated selection of highly-regarded titles. Currently, FoD games are sharing the store’s centre stage with Celeste and Inside, both of which have “Overwhelmingly Positive” user reviews on Steam. Having 160 million pairs of eyes on a game is important, but so is being portrayed alongside that kind of indie game pedigree. 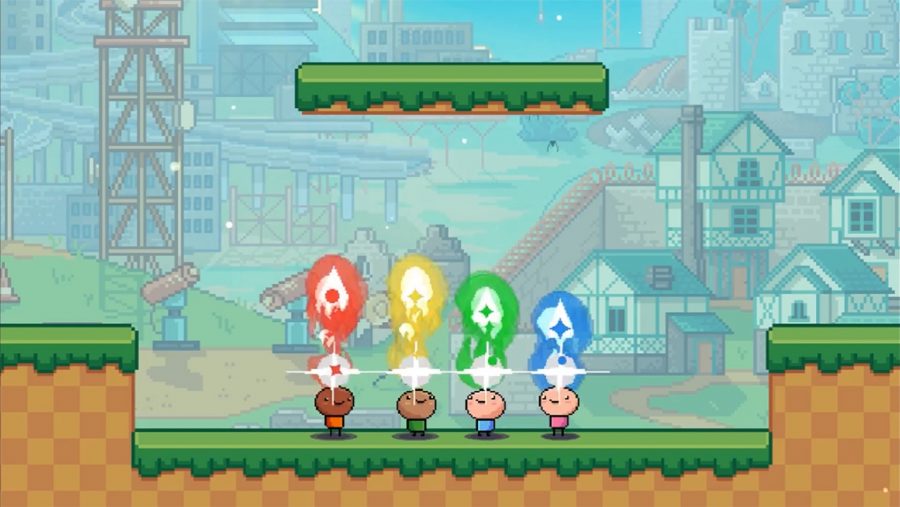 Steffen Kabbelgaard is one of the founding members of BetaDwarf, whose third game, Minion Masters, is a strategy-brawler inspired by a popular StarCraft mod. It’s been available on Steam Early Access since December 2016 but is now one of the first games available on First on Discord. So why take up the offer? “Discord’s approach is what Steam was back in the day – handpicked, almost like a fringe bookstore,” Kabbelgaard tells me. “It feels very personal, which is nowhere near the type of experience Steam offers now.”

Again, Garner agrees with the notion, likening Discord to a boutique, as does Justin Vazquez of Elastic Games. The Montreal studio, made up of veteran triple-A developers, is working with Discord for the release of Last Year: The Nightmare, an asymmetrical multiplayer horror game in the vein of Dead by Daylight. “Discord has been positioning itself as this high-quality, boutique game shop, in contrast with Steam’s ‘we have absolutely everything’,” Vazquez tells me. 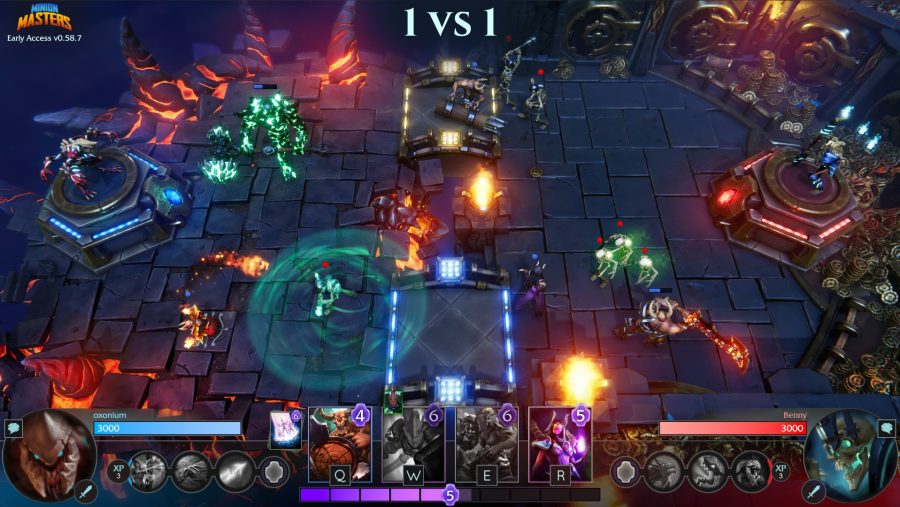 For many of the developers I spoke to, the decision to take a gamble on Discord has been motivated at least in part by Valve’s move away from curation. For them, going with Discord not only means fewer games to fight for attention, it also means that their game is guaranteed to be showcased to everyone, not just those an algorithm thinks will like it.

The developers know why Valve has made the decisions it has, as Palevsky points out, “curation gets harder to maintain over time,” as greater popularity means more submissions, and higher costs for the platform holder. “That’s why storefronts are going towards an open door policy, or an algorithmic policy.” But while that makes sense for Valve, it doesn’t help them.

Using computer programs to determine a game’s potential popularity sets a worrying precedent, Garner argues: “I dislike the idea that algorithms are picking what is and isn’t successful. Steam is always going to be an incredibly valuable resource, but I do think [Valve is] going to need to figure out how to do a better job of sorting through everything. Even just recently, I went through my Steam list, and it’s a disaster. I had some friends once send me some meme games as a gift, and now that’s all Steam recommends me – boobs and Putin. That’s not ideal.”

The praise for Discord’s hand-picked storefront and the worry over the sheer volume of Steam’s new releases come as little surprise, but Vazquez says that his team have a third reason for choosing the brand-new storefront. “We’re not going to shy away from the fact that there’s something really exciting and prestigious about being one of the first on a brand new platform. That doesn’t come along every day in this industry. There’s a certain historical aspect to it – Discord is allowing us to be trailblazers.”

A lack of faith in Steam’s approach doesn’t mean that its popularity is likely to fade. Almost everyone I spoke to said that, after the 90-day Discord exclusivity period is over, they’ll also be releasing their game on Valve’s platform. Both Vazquez and Garner praised the level of support that Valve offers developers, particularly in the face of such an overwhelming number of new releases. And there’s no way to ignore the vast quantities of PC players using Steam on a daily basis. But Discord could be coming for them, too. 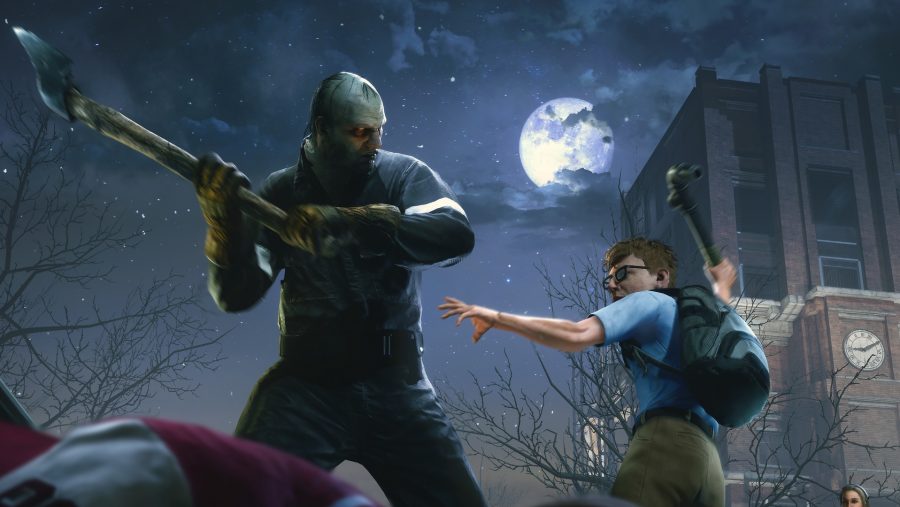 Kabbelgaard points out that Discord has made its way into many of its users’ gaming lives as more than a voice app – “it’s become natural for people to open up Discord before Steam.” According to Garner, Discord’s launcher, which can open up everything from Team Fortress to Fortnite, might be the smartest thing they’ve done. “The fact that you can launch any game from within Discord, I think is the thing that might swing it for them. If your voice app is your game launcher” – and, now, your game library and store – “why would you be opening up the other thing?”

Discord’s revamped approach to curation is likely to exist in harmony with Steam. Kabbelgaard states that the massive user base and community “good vibes” that Discord enjoys will help it exist alongside Steam. Palevsky, too, is confident that Discord will be an effective, long-term alternative to Valve’s offering.

According to Garner, the most likely scenario is that both storefronts double down on their current efforts, carving niches similar to those on offer from GOG and Humble. “There’s a space for both of them in the market.” Garner says. “No one’s ever going to beat Valve at their own practices. Whenever I’ve spoken to Discord, they’ve always said the same thing, which is that ‘We’re not going after Steam, what we want to do is create an alternative for a boutique experience which is now lacking’. I think that’s the smartest move they could have made.”