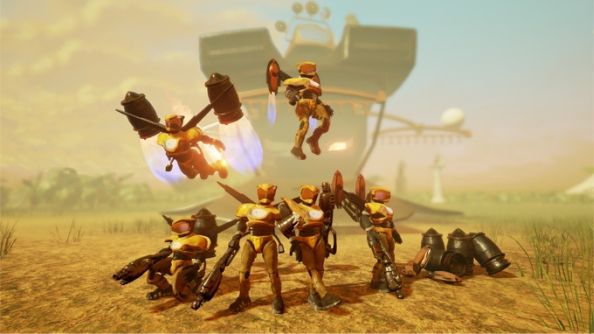 There’s an archetypal design meeting that Nick Bruty has sat through many times over the course of his three-decade career. In it, chatting developers come up with a wild, funny idea, and the room erupts with laughter. And then nobody puts it in the game.

“I think what happens with a lot of games is that people just vet themselves,” muses the MDK and Giants designer. “They say, ‘We can’t possibly put that in, the publisher won’t like it’. My approach is to get it in as fast as you can and see what flies.”

It’s an approach that was born in the mid-’90s at Shiny Entertainment – where, fresh from Earthworm Jim, Bruty and his team conceived a game about lab-janitor-turned-humanity’s-hero Kurt Hectic and his six-legged dog, Max. With no oversight from publishers Playmates, who’d come from the toy industry, they were left to pile sillier and sillier stuff into the game that became MDK (“Nobody told us not to”). The finished product had the humour and heart of a LucasArts adventure game, and the dynamism of third-person shooters that wouldn’t be built for another ten years.

“A lot of the silly stuff just comes from a night out of the pub,” Bruty explains. “Then we go back and put it in the game, if we can remember it. It makes making games more fun, when you can come in and look at the stupid thing you put in the previous night and it puts a smile on your face.” 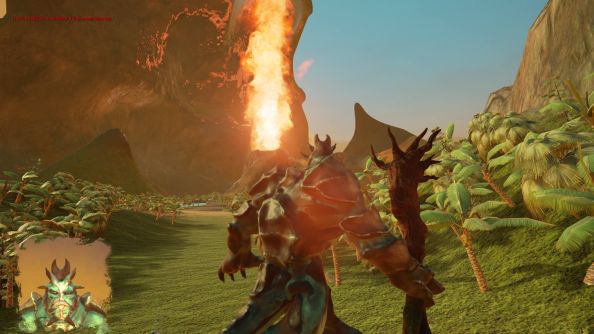 Once MDK was out the door, Bruty founded Planet Moon Studios with the same guiding principle: that game development ought to be fun. There he began work on his opus: the sprawling Giants: Citizen Kabuto. This time the pub had seeped into the game itself, as a weapons depot for a gaggle of cockney aliens. The Meccaryns one-upped MDK’s paragliding janitor with jetpacks, and occupied a wide-open tropical resort planet.

“I make these islands like alien vacation paradises,” he laughs now. “It’s kind of where I’d like to be, which is why I make them. I get to design how I’d like my hotel to look and whatnot.”

Beyond the Meccaryns, Bruty’s team created an amphibious spellcasting race called the Sea Reapers, and the Kabuto of the title – a gargantuan beast straight from a Japanese monster movie. All three were playable protagonists, weaved into a hilariously crude, endlessly creative single player campaign. The jokes glued the disparate parts together far more firmly than hard sci-fi could have.

By that time, however, it was the turn of the millennium. Brian Fargo had left Interplay, and Bruty was left without his longtime backer. Giants was released, like the last escape pod from the failing publisher, and Planet Moon saw that triple-A was shifting to safer ground and sequels. The studio managed one last gasp with Armed and Dangerous – a compromised follow-up to Giants – before turning to Wii and handheld contracts. 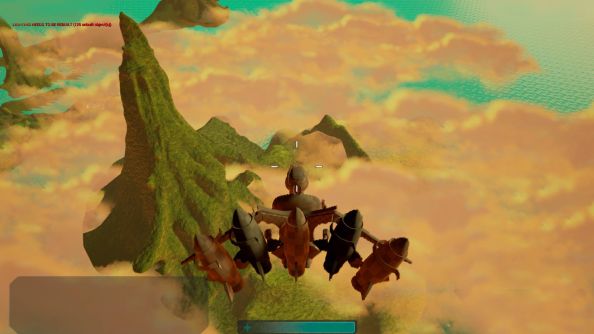 “Even [LucasArts] succumbed,” says Bruty. “Which is a shame, because it’s LucasArts, they’re known for making character pieces. With Armed and Dangerous we were just too handicapped by budget and time. We had to really cut back on the design.

“When I talk about First Wonder being a spiritual successor to MDK and Giants, it’s because those games were progressively moving forward.”

Bruty’s new character piece is a Giants sequel in everything but name. There are boozy, jetpack-sporting incompetents, this time called the Cargonauts. There’s a blue ocean hosting a cluster of islands, each populated by palm trees just waiting for a hammock. And there’s Monstro: a fossilised fiend awakened to fulfil terrible prophecies all over the planet.

“It goes a lot further than Giants; it’s really just where I was going to go next anyway,” Bruty elaborates. “When you’re making a game like that, your first run at it is really like a prototype. Giants is the prototype for what I want to build in First Wonder.” 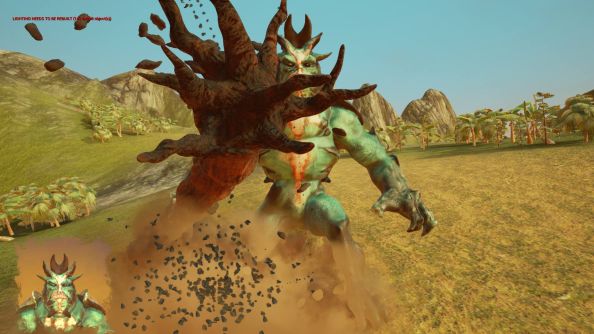 Bruty credits engines like Unreal 4 for “making these games possible again”. He now heads a tiny team at San Francisco’s Rogue Rocket Games, who have built a playable demo in UE4 over three or four months. That’s in stark contrast to the early days of MDK and Giants, both of which required expensive bespoke engines because nothing quite fit.

The team are still persuading UE4 into the sort of open-world shapes they’re looking for: Bruty wants a specific type of architecture, made up of caves, tunnels and overhangs, to accommodate the airborne and highly maneuverable Cargonauts. But Monstro was able to start levelling buildings early on, and the engine’s networking features are the perfect framework for First Wonder’s odd, asymmetrical multiplayer.

One player will guide Monstro through a series of island goals, while a team of Cargonauts work to stop him. Giants offered RTS-inspired base defence; First Wonder will simply allow Cargonaut players to shift anything, buildings included, to make their position defensible. They’re logistics specialists, so lifting a gate from a neighbouring hamlet to protect a town Monstro is prophesied to destroy is no problem. Nor is pulling a ship out of the sea if it looks like it might make a good wall: “If they’ve got enough thrust they can lift anything.”

As in Giants, players will be given specific A to B goals, but left to meander on their way there. Unlike Giants, First Wonder will work to reward that exploration with secrets that might help you “execute your moves better”. 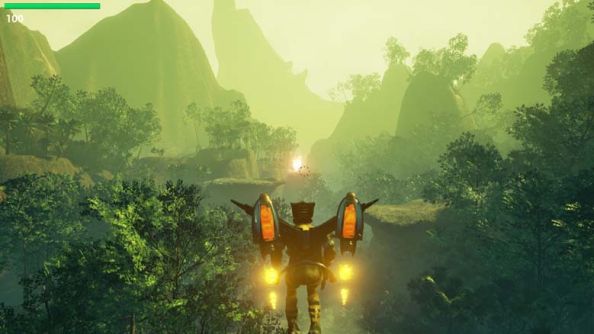 “That’s just how I like to build stuff I guess,” says Bruty. “I like my action mixed with some exploration. I like the fact that you can go into a game and you don’t have to focus on the goal, you can spend some time wandering around the island.”

MDK and Giants are often called cult classics, which is code for great games that don’t sell spectacularly well. A follow-up in all ways, First Wonder has struggled on Kickstarter – but was Steam Greenlit in short order. I wonder aloud whether Bruty’s ideas-first design philosophy might actually be best suited to Early Access.

“It could very well be,” he says. “We’re in a learning curve of how to do this. This is our first attempt as socially reaching out to people and rebuilding our audience again.”

Whatever happens with crowdfunding, however, Rogue Rocket are prepared for a process of long, slow outreach. The madcap paradise they’re dreaming of is worth it.

“Hopefully we’ll bring new people into the genre,” says Bruty. “Whatever genre we actually are in.”

In this sponsored series, we’re looking at how game developers are taking advantage of Unreal Engine 4 to create a new generation of PC games. With thanks to Epic Games and Rogue Rocket Games.