When Blinkclick Games, a small indie studio based in Krakow, first sat down together to work out what the plan for its first game would be, the developers agreed: they wanted to make something that was innovative, with “completely new mechanics”. It would involve a complex economics simulation and highly realistic AI, but instead of making a flashy FPS or a new RTS game, the studio turned to something its members knew from first-hand experience. They decided to make a game about fish.

Fishkeeper is, put as simply as possible, an aquarium simulator. And while it’s not the first or only aquarium game, Blinkclick CEO and creative director Piotr Soska tells us it’s different in that it’s built on as much real-world information about fish, their habitats, and aquariums as the studio has been able to lay hands on since it began creating the game.

“Our producer Jarek says he used to be seriously involved in the aquarium hobby in his teenage [years], but one day moving to another place forced him to throw away his tank and give his fish to friends,” Soska says. “For a long time after he couldn’t even sleep without the noise of the filter and aerator in his bedroom.”

As it turns out, there’s a lot know once you’ve decided to become an aquarist, and Fishkeeper aims to simulate as much of that as possible. “The one thing we deeply understand – and which isn’t a secret for aquarists – is that fishkeeping and aquascaping aren’t like a part-time hobby, it’s a lifestyle based on the love of water and living creatures,” Soska tells us. 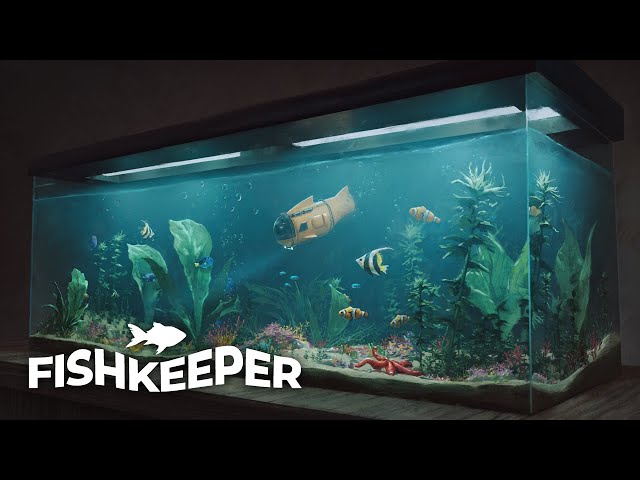 Soska had some experience keeping an aquarium as well, and he says that Fishkeeper was inspired by that sense of longing for the hobby that had become impractical. For some, it’s a move to smaller housing in a big city, while for others it’s down to a lack of free time after starting a new job.

The more you dig into what running an aquarium entails, the more complex it gets. There’s the initial set of decisions: should your aquarium be freshwater or marine? Which species do you want to keep, and what species are those compatible with? What are their space requirements?

Fishkeeper lets you sort through each of these decisions, as well as giving you plants, corals, snails, and other potential aquarium inhabitants to purchase and place. You can admire your handiwork once you’re done – admire the 3D tank from outside if you like, but you can also dive in yourself through the eyes of a miniature remote-controlled bathyscaphe, which can also be used to tidy things up inside the tank (such as fish poo, we assume). 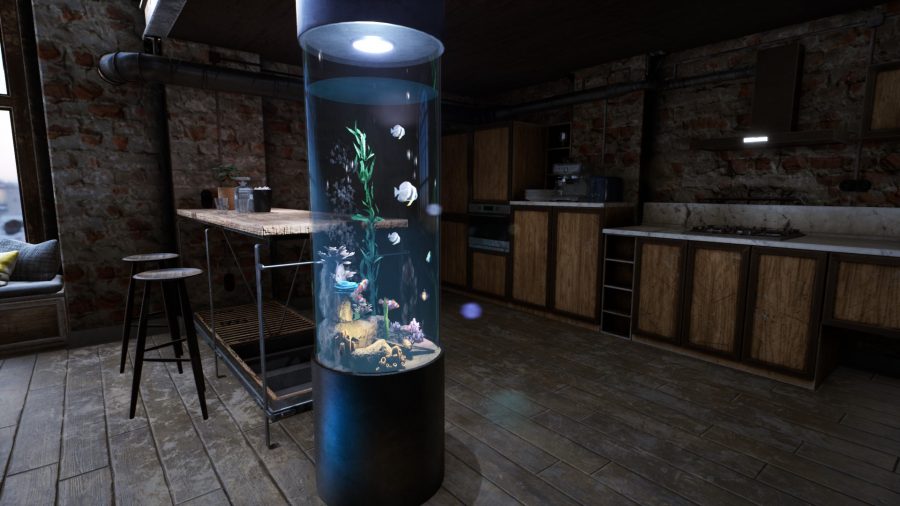 “We assume that some hardcore aquarists who spent years keeping and breeding different species would like to see natural and believable features based on real life experience,” Soska says. That’s why Blinkclick has worked hard creating an “extensive artificial intelligence” framework for the fish.

However, Fishkeeper should appeal to newcomers to the hobby, too. “At the same time, we want our game to be accessible to ‘not-so-engaged’ people as well, who just want to have fun breeding their own fish, aquascaping, and enjoying the view of their beautiful tank, without hard goals or advanced techniques – simply as a means to relax,” Soska says.

Soska’s own personal favourite fish include cichlids, a tropical freshwater species that’s known for keeping its eggs in its mouth. “Sometimes you can even see how the fry enters its mother’s mouth with no fear of being eaten,” Soska says excitedly. “It looks like that was a return back to safety. Cichlids can also become strongly attached to their owner – play with their hands, let them ‘cuddle’ them. It’s such an amazing, unexpected behavior!”

What’s next: The most exciting upcoming PC games of 2021

Beyond designing and maintaining your aquariums, Fishkeeper also lets you breed fish – you’ll even be able to turn a profit by selling the offspring of rare, exotic species. Soska sums up Fishkeeper by name-checking some of its major sources of inspiration. “Seriously, I think two cult games that became in some way an inspiration for creating Fishkeeper were the Tropico and The Sims series,” he says. “Mix that with Tamagotchi and some expanded AI, and you’ll get Fishkeeper.”

Fishkeeper doesn’t have a set release date yet, but you can wishlist it on Steam. Check out our list of simulation games and management games if this is the kind of thing that gets your fins flapping.