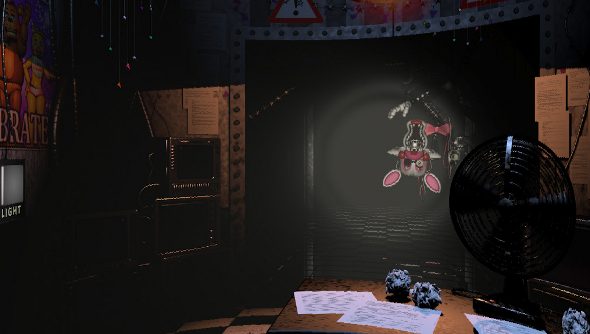 Night security guard jobs in buildings infested with murderous animatronic fiends have, unsurprisingly, high turnover rates, which might explain why Five Nights at Freddy’s and its sequel are only a few months apart.

Five Nights at Freddy’s 2 only popped into existence in November, but Freddy Fazbear’s Pizza is about to have another job opening.

Freddy dev Scott Cawthon updated his site with the image below. “I am still here,” it threatens. Inspecting the image reveals the title “fnaf3”, Five Nights at Freddy’s 3. 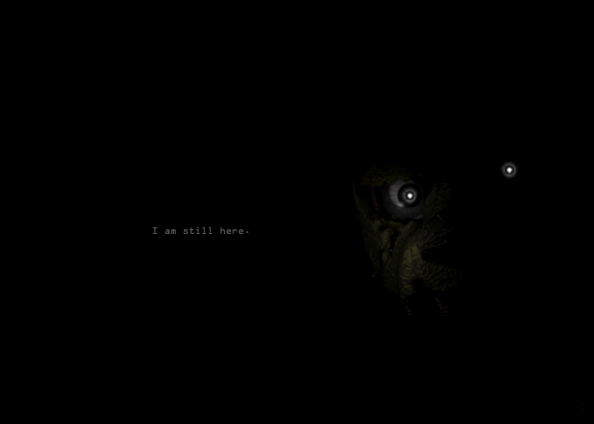 Cawthon has confirmed that “Five Nights at Freddy’s 3 is in production” but he’s keeping schtum about it beyond that.

The last game threw security guards a bone in the form of a furry head that could be used to hide in plain sight – the animatronic monstrosities aren’t very good at spotting humans when their face is covered – so what’s next? A full body costume? Walking around the restaurant, pretending to be a robot?

If the third game’s development is as rapid as the previous ones, then we might find out next month.