Just when you thought Five Nights at Freddy’s couldn’t get any scarier. When you thought we’d seen the back of Scott Cawthon’s excellent but nightmare-inducing pizza parlour; when you were sure the point-and-click horror series had changed tact towards something a little more lighthearted…

A range of toys gets released based on the animatronic horror show.

If scares are your choosing, have a peek at our list of best zombie games on PC.

McFarlane Toys will produce the figurines based on Scott Cawthon’s Five Nights at Freddy’s in a deal that owner and CEO Todd McFarlane reckons is the “perfect balance”.

“The mini figures for the Five Nights [at Freddy’s] sets are equal parts cute and creepy,” he adds.

Freddy Fazbear’s Pizza Show Stage – the restaurant that featured in the first game – appears to be in its prototype stage ahead of a summer release. It features characters Freddy, Bonnie and Chica, as well as party balloons, an arcade cabinet, star streamers, and a happy birthday banner, among other things. 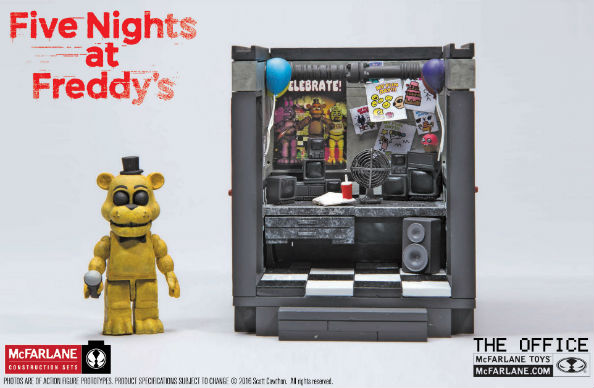 While I do think these sets look fantastic, buying one would surely mean sleeping with one eye open on the off-chance Freddy et al do actually come to life in the middle of the night. That’s impossible, though.