The world of e-sports has been rocked by shocking revelations that players are routinely ‘doping’; pumping their young gamer brains full of nasty dope so that they can play games better and faster than their opponents. But what even is dope? Dope is a complex chemical fomula that usually comes in the form of a thick grey sludge that gamers scoop out of a ‘dope bucket’ and into their mouths an hour or two before a match. By slurping up all of the delicious dope, these players can improve their reaction times, click on things really hard, and even look and smell better.

But now, with contest organisers administering drug tests on competitors, what alternatives do these tireless athletes have? I will tell you. Here are my top five probably legal alternatives to ‘doping up’ before an e-sports match.

1. Sitting down for a bit and then standing up real fast

Inducing an intoxicating high followed by a feel-good buzz lasting several minutes, sitting down for a bit and then standing up really fast is a clean, safe, non-addictive and effective alternative to the cocktails of brain-addling amphetamines usually chugged by competitive StarCraft II players before each game.

How does it work? Well, suddenly lunging upwards out of a chair forces the blood out of your brain, causing it to slosh around your body like you are trapped inside a terrible wave machine that is you. Without any blood in it to have normal, clever thoughts with, the brain instead thinks of stupid, fun things like “I am dizzy” and “lol dizzy is fun”. Safe and cool.

2. Climbing inside a big balloon and rolling around

Commonly known among young people as ‘doing balloons’, this high is achieved by inflating a large, human-sized balloon, before climbing inside it and rolling around a dark room, bumping into other young people who are also trapped inside their own personal balloons.

Several young people die each year doing balloons, usually by rolling across a busy motorway, into a big spike or over the edge of a cliff, but in a safe and controlled environment it has been shown to be a totally fun, sexy and cool thing to do. Studies prove that spending just five minutes tumbling around inside your rubber prison will noticeably improve your CS:GO game, without the need for the hell-drug that is Satan’s dope. 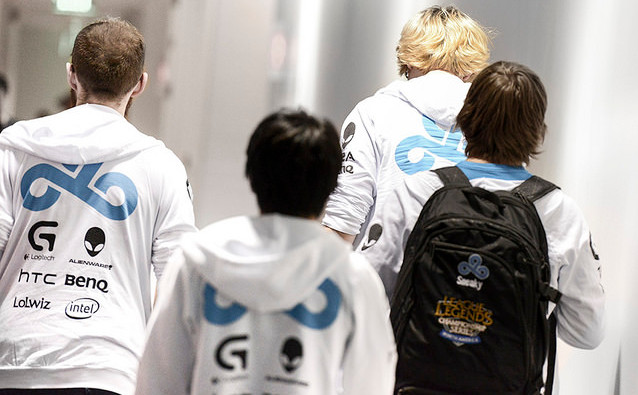 Why not have a quick pray before a League of Legends match, and let the power of all that is good and holy inform your hero choices and lane strategies? After all, the only ‘high’ anybody really needs is Jesus Christ, who is ‘high up’ in heaven.

And forget drug lords, because Christ is the best kind of lord that you can get: our Lord and Saviour who died on the cross for our sins, and deals only forgiveness and eternal life. Through Him you’ll find the reflexes and clicks-per-minute you need to succeed, and then the only ‘shooting up’ you’ll be doing is shooting upwards into heaven when you’re dead.

There’s no drug in the world that could ever beat determination, grit and a happy, can-do outlook that permeates every aspect of your being and gradually contorts your face into a grinning artifice that never slackens, not even while you sleep, for when you sleep you dream only of achievements and ambition, and when you awaken it is with a renewed optimism that fuels your positivity in ways you hadn’t even thought possible the day before. Apart from maybe crack.

I don’t understand why these kids need to do all of these terrible drugs, when life is the most wondrous gift there is, and it is ours for the taking. Just reach out and embrace it. Let a smile be your pill. Let a friend be your needle. Let a poem be your dope. Let a newborn fawn be your spliff. The world is so big and beautiful and filled with potential, and all of it belongs to you.

5. Have your entire body catapulted up into the rafters

I don’t know, maybe this would feel good? It might be nice to be up in the rafters for a while, above all of the light rigging.

You could pretend you’re a ghost looking down on a room of living humans, and you could feel envious of their mortal forms. And then moments later, when you realise that you are still in fact alive, the resulting relief would fill you with a renewed appreciation for life and for living. Following this, once you’ve found your way down from the rafters, that overpowering sense of well-being could be just what you need to win a game of Dota, or whatever they play at these things nowadays.