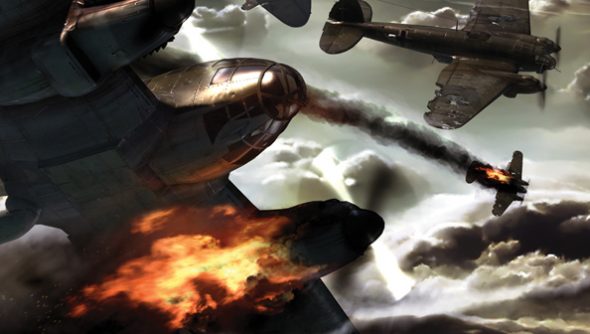 Long-time IL-2 developers and publishers 1C Company have found a new flying escort: 777 Studios, of PC plane-crashing sim Rise of Flight. The pair have formed a new outfit, 1C Games Studios, which will develop IL-2 Sturmovik: Battle of Stalingrad – another sequel in the WWII dipping-and-diving series.

Battle of Stalingrad will reportedly bring development teams from both 1C and 777 together under the latter’s management.

“1C is proud to take the next step in flight-simulation history with 777 Studios, a company and team that has grown to be one of the best flight-simulation developers in the world and has proven that their attention to detail and product quality speaks volumes about their talent and dedication,” said Nikolay Baryshnikov, VP of 1C Company.

IL-2 Sturmovik: Battle of Stalingrad will draw its single player and multiplayer scenarios from the Eastern Front air war circa 1942-43, and focus on the fight for the city from which it takes its name. It will feature “brand new” gameplay modes and is slated for release in early 2014, with updates to follow in the form of additional features and theatres.

Jason Williams, President of 777 Studios, said: “1C’s passion and support for PC combat flight-simulation as well as historical warfare titles has always been a blessing to these genres and we look forward to producing an excellent product for the Sturmovik legacy and continuing to bring additional content to our existing Rise of Flight product line.”

Two former competitors become chums, then, for the good of their genre. We’ll be tailing further developments as they happen on our new ‘Why Fly’ Network.