Nidhogg, a retro-styled fencing game from Messhof, is brilliant. It doesn’t look it in screenshots, but it’s some of the most fun you can have on a single screen with a friend. That’s why the new release from the studio has my full attention.

A prototype for Flywrench was released in 2007, but the project has only now come to fruition, though the game’s weird, bendy protagonist made a cameo in Super Meat Boy. Here’s a trailer:

It looks like I imagine a round of crazy golf does after bobbing for apples in a vat of LSD. It’s more than a round, though – with over 170 levels and a level editor, you can do as much Flywrenching as you want. 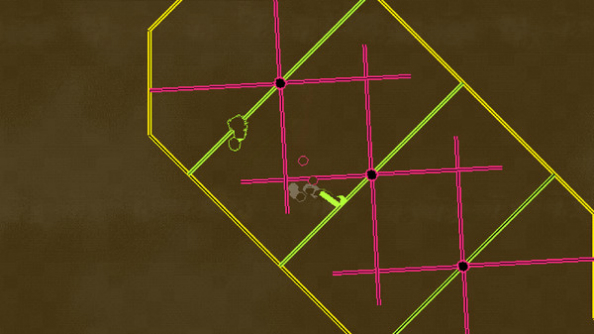 The objective is to guide your wobbly line through a series of increasingly difficult obstacles, changing its colour and properties in time to the environmental dangers. It looks fast-paced and completely bonkers.

Grab it on Steam if you’re into that sort of thing.