The term ‘eSports’ has become the latest buzzword in peripheral marketing, with ever more manufacturers jumping on the burgeoning interest in the pro-gaming phenomenon as a way to sell more gear to gamers looking for an edge.

The latest eSports-focused mouse though comes straight from the hardware skunkworks of actual eSports team, Fnatic. The Fnatic Clutch G1 is the second of their gaming mice to hit the shelves and sports the laudable aim of enabling ‘every gamer to feel like a pro.’ That’s the idea, but have Fnatic been able to translate their gaming skills, as one of the top-earning teams in the world, into an actual product you’re going to want to buy? 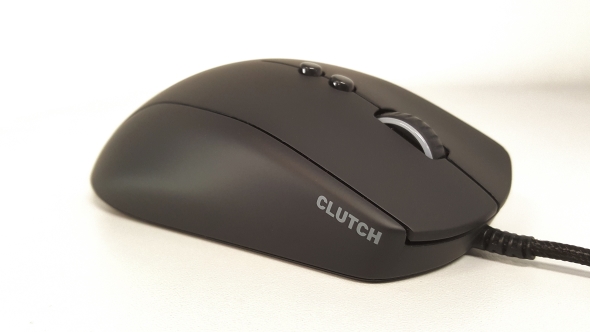 Unlike their first gaming mouse, the Flick G1, the Clutch G1 is very much a right-handed rodent. Its smooth curves have been designed to fit in the hand and suit both claw and palm type grips. It doesn’t have the ‘wings’ some mice use to support the thumb and little finger, but its soft, rounded design comfortably keeps them both away from the surface of your desk.

The Clutch G1 is covered in a matte-black soft-touch coating, which feels almost rubbery to the touch. And that means it’s not going to come flying out of your hand as you’re frantically flinging your mouse about in a tricky game of CS:GO.

It’s an incredibly simple design, with only two extra buttons aside from the main left, right and scrollwheel buttons. They’re situated by the thumb, in the standard back/forward configuration we’ve become accustomed to. There’s a further two buttons below the scrollwheel to allow you to switch between three different sensitivity settings, with three discreet Fnatic orange LEDs to indicate which you’re currently using.

Overall ergonomics aside, the most important part of any gaming mouse is the sensor used inside it. Fnatic have opted for the Pixart PMW 3310 optical sensor. Optical sensors are favoured by pro gamers for their consistency of tracking – laser optical sensors have historically had higher DPI levels, but used artificial acceleration techniques. That can lead to inconsistent tracking. The PMW 3310 has a maximum DPI (or CPI) setting of 5,000, which is more than enough for most gamers unless you’re rocking an 8K screen. 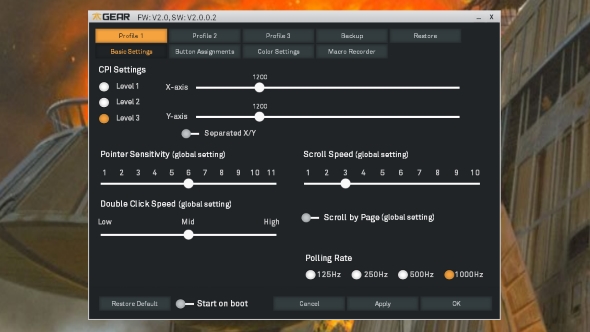 The Clutch G1 uses classic Omron switches for its main buttons, with a rated 10m click lifespan, and has angled its cable to avoid unnecessary contact with the mousemat / gaming surface, so as to minimise any drag that it might otherwise provide. 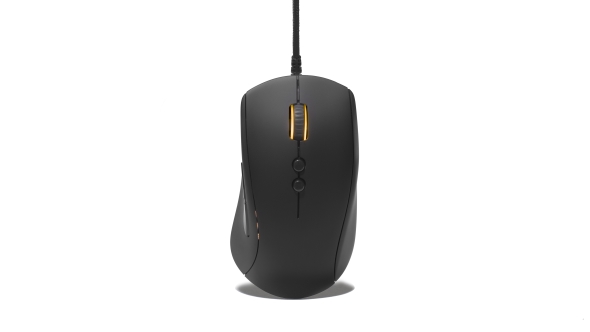 As a right-hander the Clutch is a very comfortable mouse, fitting perfectly in the hand without the pinky finger dragging on the mousemat. The thumb buttons are easily accessible and the profile/CPI buttons are positioned in such a way they don’t run the risk of an accidental tap during gaming.

My only issue is that as a claw grip gamer it feels a little more suited to a palm grip. The length of the Clutch’s main left and right buttons means they’re easier to depress at the ends than they are further back, where a claw gripper’s fingers will generally be resting. It’s only a slight thing, but there does feel like more resistance.

The Clutch G1 is slightly heavier than its Flick progenitor, but that extra 26g doesn’t change the fact that it glides smoothly across a good gaming surface. Its feet were less happy on my standard desktop, but with an optical sensor you’re pretty much always better off using a dedicated mousemat.

In-game the PMW 3310 sensor is beautifully smooth and necessarily consistent. It’s been the darling of the pro gaming community for a while and it’s easy to see why. But with the release of the Pixart PMW 3366 sensor though the company has managed to combine high sensitivity (its maximum DPI is some 12,000) with the optical sensor’s historically accurate tracking to create the best mouse sensor around right now. It’s a bit of a shame then Fnatic have used the older model in their newest mouse.

That doesn’t change the fact it feels nice and responsive when you’re gaming, but it does make the relatively high price tag seem a little steep. 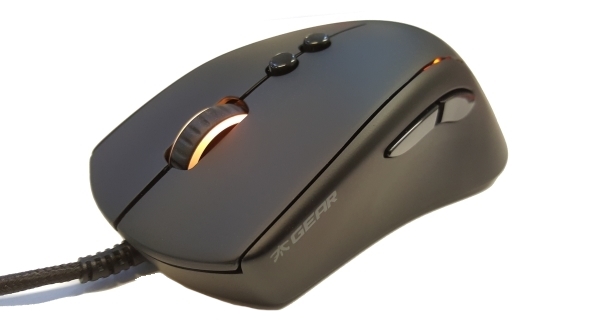 The Clutch G1 is a responsive, comfortable, simple mouse. That’s exactly what you would expect from an eSports-focused peripheral – you don’t want it to be overly complex, festooned with unnecessary features detracting from the basics of just playing your favourite games. It also means there’s less to go wrong and longevity shouldn’t be an issue.

But it also means there’s not really very much to the Clutch G1. It’s got decent switches and an older, though still responsive and accurate Pixart optical sensor, though none of that really justifies the $60 (£60) asking price. It’s essentially the same gaming mouse you’ve seen a million times over. There are similar mice from Steel Series and Razer that cost the same. The Logitech Prodigy G403 though uses the superior PMW 3366 sensor and is the same price – that’s the rodent I’d choose before the Clutch G1.

The Fnatic mouse is undoubtedly a decent pure gaming controller, but it doesn’t really offer anything you haven’t seen or used before. Aside from the fact it looks like every gaming mouse you’ve ever seen any eSports athlete use it doesn’t seem to have brought anything new to make us feel like we’re going to be gaming like a pro. It’s decent, but utterly derivative.