The actual virtual reality headsets themselves are only one part of the push towards total gaming immersion. Sure, it’s important you have high resolution screens in front of your eyeballs, ideally a non-Fresnel lens to avoid unwanted distortion, and speedy refresh rates to avoid revisiting your lunch in reverse, yet vision is but one sense.

Thankfully there are many people working to try and fool the other senses for your VR pleasures. But, judging from some of the either dubious, disgusting, or just downright dangerous projects undertaken by the University of Tsukuba in Japan, there’s maybe a line we shouldn’t be crossing when it comes to immersing ourselves in games.

For all the intriguing, though faltering, steps towards infinite areas, via moving walkways and treadmills, there are also weird step-aerobics machines. But they are as nothing compared to the suggestive nightmare that is the Food Simulator. Count yourself lucky none of the projects on show at the university’s VR Lab have made it out into the wild, or you might have found yourself sucking on the end of a robot’s taste stick while it ejaculates chemical flavouring into your gob during an intense session of Overcooked VR.

The Virtual Reality Lab of the University of Tsukuba came to our attention via a short Reddit post highlighting the innovative moving walkway it first showcased back in 2016. You know, back when VR seemed like it might actually become a genuine new way of playing incredibly immersive games, and not just some expensive toy that gathers dust beside the PCs of a micro-niche of gamers. 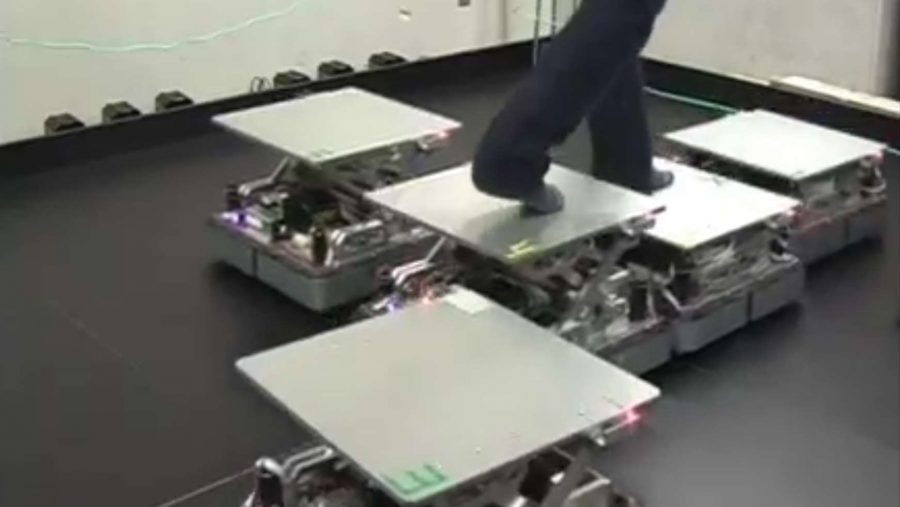 But, because we are nosy, inquisitive fools, we had to delve in deeper to see what else the Japanese VR Lab might be working on. It seems that it’s not actually been working on much since 2016, and that’s potentially because it reached its bizarre zenith with the Food Simulator. Seriously, I’m utterly fixated on that thing – it’s staggering that someone conceived of such a device, let alone believed there might actually be some genuine usage cases for sticking it in your mouth.

To sum it up, it’s a VR device that is designed to simulate the taste, aroma, and toothsomeness of different foods. And it uses a variety of unsavoury, unsanitary, and grotesquely unpleasant ways to do it. 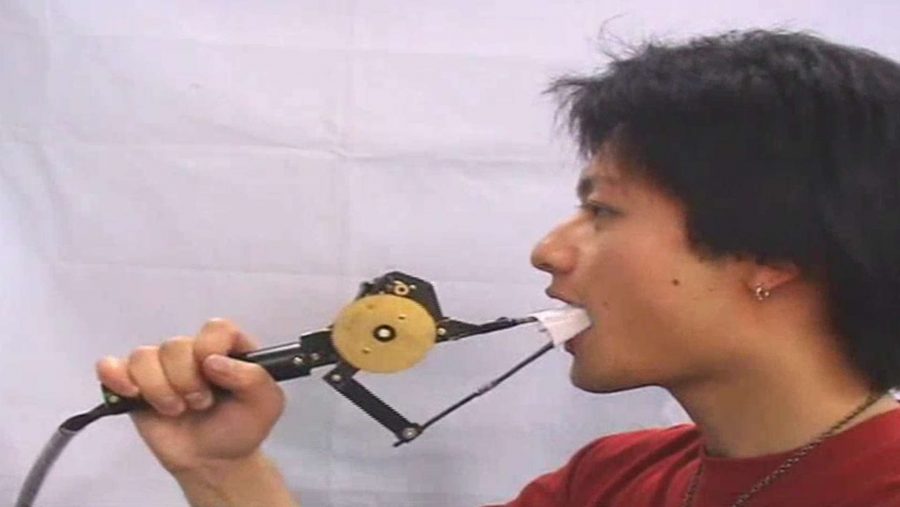 The idea of jamming some object into your mouth, and filling it to the back teeth, already has me gagging. But one that also provides different levels of bite resistance depending on the food profile programmed into it, and then synchronises the action of biting down with a vaporised odor mist and a hot jet of chemical ‘taste’ shot down your throat… I’m suddenly very much off my lunch.

The ‘larger implications’ of the Food Simulator project are just as baffling; presenting the three pillars of training, entertainment, and food design. Training means helping the aged practice biting things, or letting young people know what it’s like to eat foods as an old person. Entertainment is the unquestionably ‘funny experience’ of having a cracker turn into a gel in your mouth, and finally the VR Lab is expecting this to come in handy when going through the process of designing new foods.

Hunger for knowledge: Check out our PC hardware glossary

And for VR? Well, I genuinely don’t think there’s any game in the world where I’m going to be seeking that level of gaming immersion. The omni-directional Torus treadmill? Fine, I’ve enough toes that losing a couple to its metal jaws would be a worthy sacrifice. And the broken bones you will inevitably suffer at the vagaries of the robotic stepping stones? Whatever. Hell, I’m even quite taken by the harness that will hurl me into the air like some VR Icarus.

But I’m not sticking anything in my food hole when I’ve got a virtual reality headset on. You don’t know where it’s been…