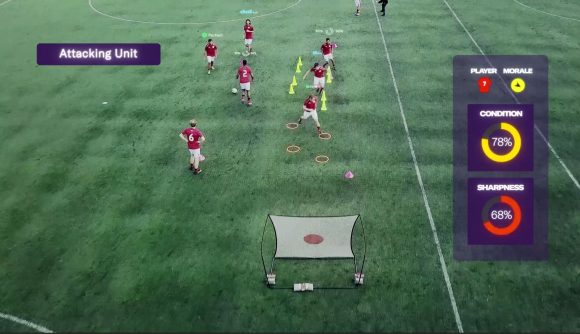 Days after English Premier League football clubs agreed to using video assistant referees in the upcoming season, Football Manager 19 has announced a patch that incorporates the change into the in-game 2019/2020 season.

VAR made its debut at this year’s World Cup, and overall was viewed as a success – it’s a system where a team of referees in a remote booth with access to all broadcast camera feeds of the game assist on-field referees in making calls. Decisions remain in the hands of the field refs, but the VAR team provides additional information to help make tricky calls a bit easier. The English Premier League is notoriously slow to adopt new technology, so seeing clubs move to agree to the technology this soon is a big deal.

True to form, Sports Interactive has moved quickly to adapt its football sim to changes on the pitch. A patch deployed today, Update 19.1.15, brings VAR to England’s top teams for the 2019/20 season. The patch also includes a few stability fixes, but the introduction of VAR to the next football season is a big enough change that you’ll have to start a new save for it to take effect.

Football Manager is justifiably renowned for its ability to quickly incorporate real-world events into its complex model of international sports management.

This will bring VAR to the English top flight in the 2019/20 season, along with other stability fixes 🎥 https://t.co/jFR2cCHJaT

The 2017 edition was updated two years ago to take account of Brexit, and Sports Interactive director Miles Jacobson told us at the time that there were “four million different permutations” of what might happen as a result in-game. These ranged from changing work permit laws in Britain such that players could become more difficult to recruit internationally to the possibility of Scotland and Northern Ireland leaving the union.

By comparison, adding VAR to the Premier League is a smaller scale change, but it was ready just five days after the league’s clubs announced they’d agreed “in principle” to using the technology. That’s pretty quick.