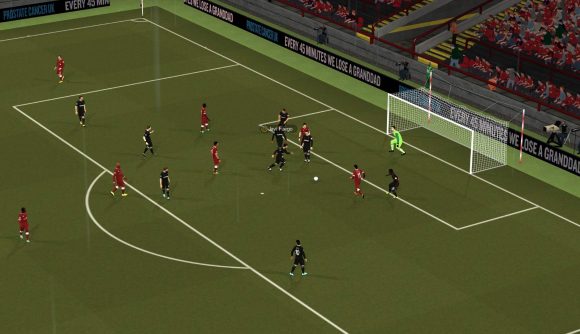 Football Manager can be daunting to get into if you’re not already familiar with the vast amounts of player data it’s constantly churning into the world’s most realistic soccer simulation, but if you’ve been on the fence about this year’s outing, there’s now a demo you can try out for free.

The demo gives you the chance to play through a half-season in Football Manager 19, which is enough of a taste to get your head around the many menus and spreadsheets that ultimately go into shaping the action on the pitch. You’ve also got the option of using quick starts for some of football’s biggest franchises, but you can also start out with a struggling team out in the sporting hinterlands.

As Dark Side of Gaming reports, you’ll also be able to carry over any save files from the demo into the full Football Manager 19 if you end up catching the bug and deciding to buy.

Football Manager 2019 has taken steps to make it the most accessible entry in the series, and in his review here, Dave says it’s the best shape the series has ever been in on opening day.

To download the demo, just head over to the Football Manager 19 Steam page. You’ll find a button for the demo in the right-hand column, just under the box asking “Is this game relevant to you?” Be careful, though – this game has a tendency of turning into a way of life for its fans.