New details about Football Manager 2019 are spilling over the internet like the contents of a torn ball bag. The best-in-class management game is sporting a new look, an official licensing deal with the German football league Bundesliga, and, for those new to the series, a new interactive tutorial to ease you into the suit and ties of a manager.

The restyled menus will be the most obvious change to long-time players of the series. Nearly every screen has been overhauled to be cleaner and more readable. It also incorporates the game’s branded colours, which is a sensible touch. You can see some of the new look screens below.

Personally, I’m most excited for the new player induction. Football Manager is a series I’ve always admired from afar as I’ve bounced off the few times I’ve tried to dive in. Rather than a single tutorial, and a huge info dump at the start of the game, each screen has interactive tutorial segments that are tailored to your experience with the series (which you tell the game when you start a new career).

The tactics screen, for example, gives you a working blueprint for a team that you can fiddle with and alter as you learn more about it. It reminds me of the in-built guides to Dota 2, which highlight what skills to upgrade and in what order.

If you’re a fan of the German Bundesliga then you’ll be happy to learn that the official license means Football Manager 2019 will have all 36 teams decked out in the official kits and wearing the likenesses of the actual players.

Here are some of those new look screens: 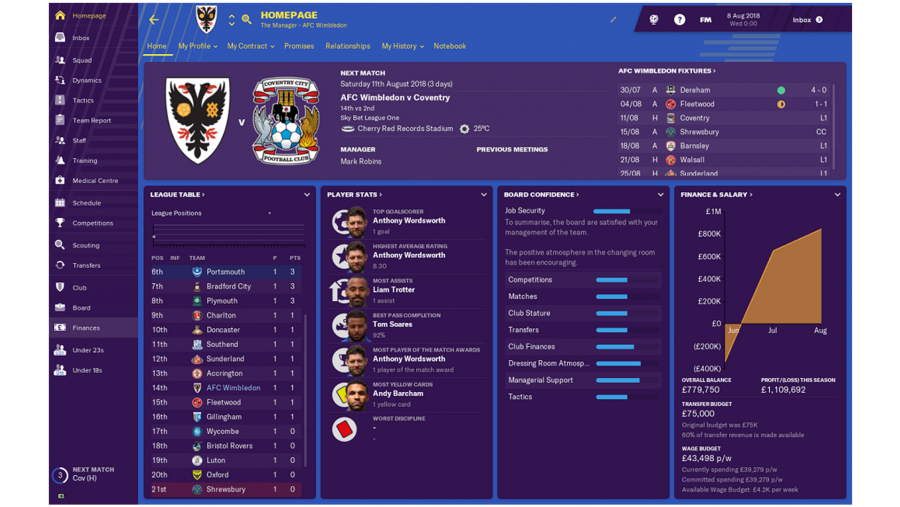 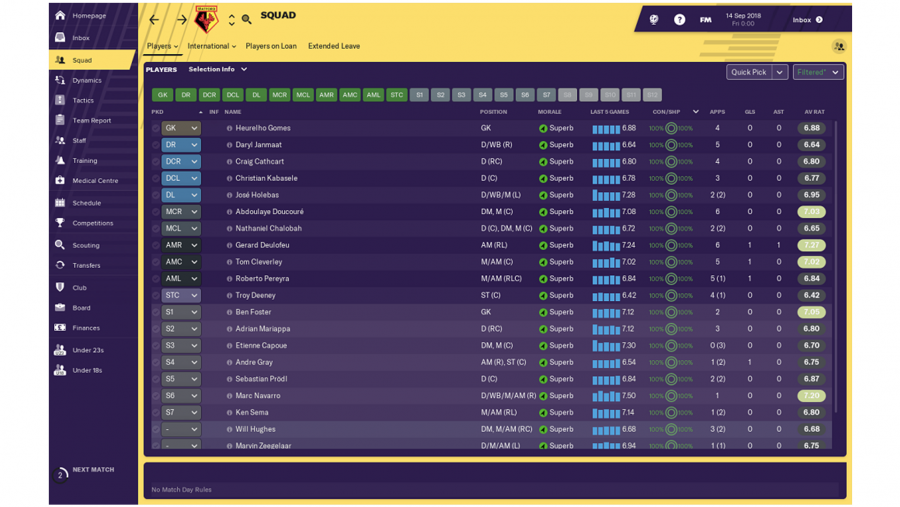 There’s a huge amount of information up on the Football Manager forums so dive in to learn more.