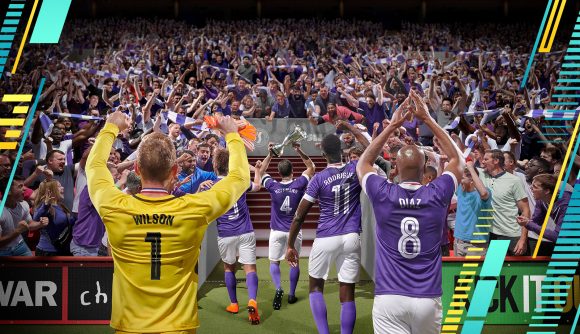 March 19, 2020 Football Manager 2020 has set a new record once again, just a few days after setting its previous player count. Read more below.

Football Manager 2020 has just seen a record number of concurrent players jump into the soccer sim since its release last November. An increase in people self-isolating at home in response to the COVID-19 outbreak could be a contributing factor, of course, but it’s still impressive to hit that number so far after launch.

That’s a pretty steep increase given the sim’s numbers over the past four months. In its launch month it scored just over 68k, with around 75k and just under 78k in the two months following, but it hasn’t dropped off at all since, which you might expect for many games in the months after launch. In February it saw a peak of 82,413 players and now the new record.

These be crazy numbers at any time of the day. But at lunchtime? #FM20 #Freeweek pic.twitter.com/EiuffVNjap

It’s a trend being reflected across PC gaming right now, with Steam reaching a record 20 million concurrent users as the coronavirus spreads, and CS:GO similarly seeing a new record of one million concurrent players, the highest in its seven-year history, following the virus’s outbreak.

The WHO has information and guidance on the COVID-19 virus on its website, which you can find here, as well as advice for the public on how to protect yourself against it.