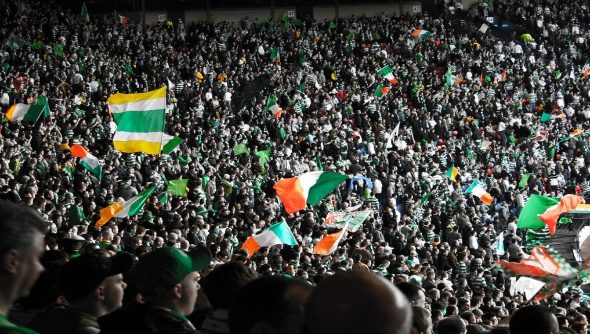 There’s months before the Premiership restart. What could you do in that time? Extra football! With the season officially over, why not let your hair down a little and your poke your footballing brain with some interesting Football Manager 2012 scenarios?

The World Is Equal

FM is a game driven by stats, so what happens when a lot of those stats are the same? That’s what The World is Equal ponders: Player stats have remained unchanged, but reputations are all the same across clubs and continents. Everyone has the same stadium capacity, season ticket numbers, transfer budget, moral, etc. Basically it means everyone has the same means to attract everyone. What sort of egalitarian football dream world is this? It actually feels more like an art project than a football scenario.

I’m a lapsed Rangers fan, so I’m fairly detached from the financial eruptions that have turned the club into a series of newspaper headlines. If you’re not aware, the club are currently in administration: because of this they’re unable to buy new players, a sanction handed to them by the SFA. They’re perilously close to being liquidated, and it’s up to you to see how well you can do with an unchanging squad and a club in a huge amount of debt. Rangers fans expect success and here you are fighting for that and survival.

Here’s a fascinating set-up, sort of mirroring Manchester City’s recent successes: following the sacking of manger Neil Warnock, the Q.P.R. chairman hires you with the challenge of spending your way to success and making the middling side the best team in Europe within a decade. You’re given up to £450 million to put towards a team. Problems? Money can’t buy you cachet: try talking to the bigger players as a Q.P.R. representative and they’re more likely to giggle than haggle. There’s a lot of pressure with a huge warchest.

The One Perfect Man Utd

It’s a bit of a misnomer: Yes, this is a scenario where Man Utd have all the best players available for every position, Alex Ferguson as Chairman and David Beckham as your assistant, but a lot of the other, big European teams have had their top players, past and present, revived and placed in their squad. It’s a European super-league and pub “what if” conversation all rolled into one. An interesting challenge here would be to leave Man U and join a weaker team, to see if you could wrestle the title from them.

This is an amazing idea: the world has ended, so every recognisable player in the world is gone. All you’re left with is unknowns, so when you start a new game every player is newly generated. In a way, it’s the perfect challenge of management: how well can you do without any assumed knowledge; how well can you do with just using your tactical cunning, training and scouting to cobble together a team from the remnants of humanity. If you play this, please keep the apocalyptic beginnings at the back of your mind. Role-play, damnit.