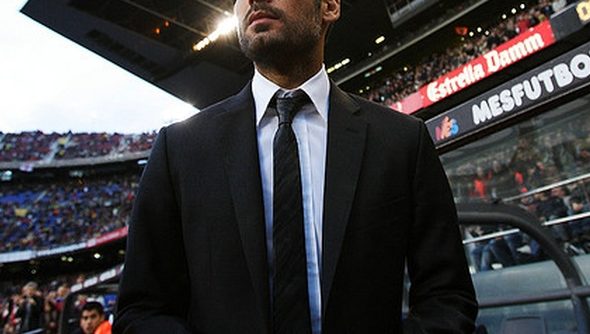 Every year Sports Interactive delivers what every football fanatic spends all year anticipating: Sam Allardyce’s sex tapes… I mean, the next installment of Football Manager. With the Premier League now over, our thoughts have turned to we want from the next game. Here’s what we’d like to see included when Football Manager 2013 rolls around.

It would be fantastic to be able to take on a friend in a one off friendly with your established team or both enter a one off World Cup, without having to commit to a full network game. After spending 20 seasons with the same club we can only brag about our achievements, so it would resolve many debates about who has the stronger team and add an extra dynamic to the game.

For years we have had to deal with second and third choice goalkeepers moaning about their lack of first team football. There needs to be the option to state to the goalkeeper before they sign a contract that they are there as back-up and if they dislike it, they can sod off! What makes this even more infuriating is that the goalkeeper will agree to these conditions yet still moan half way through the season that they are unhappy because of a lack of games! Grr!

Interviewing For A Job

It might provefrustrating if you had to go through an interviewing process at the very start of your game, but it would be great to go intointerviews after parting ways with a club. Just imagine being grilled by a board of directors about what you can bring to the club before being handed the job. They could set clear targetsto achieve in order to maintain your position at the club, beyond just saying we’re challenging for a title or going for a top 4 finish.There is so much more that can be done in order to set out clearer and more distinct targets. SI has already negotiations with player agents (which could do with some work in itself) and press conferences, which proves an interview process is more than possible, so it’s not beyond the realms of possibility.

We all know how massive Transfer Deadline Day is. We would love to have an hour by hour format where we can really get stuck in on the last day of the transfer window. Imagine nicking a £30 million superstar 2 minutes before midnight!

3D Match Engine In Football Manager 2012 there was very little, if anything done to improve the match engine. I think it’s fair to say we would like an improved match engine, especially with the annoyances it has had in previous versions of Football Manager.

Players Personal Lives Football these days is filled with more than it’s fair shareof stroppy players and big egos. Just look at whatRoberto Mancini has had to go throughthis season.. He’s had to deal with the likes of Tevez demanding a transfer and refusing to come on as a substitute, and the crazed antics ofBalotelli: both a massive liability and huge asset. We’d like to see players have more of these challenging qualities to their behaviour. Let FM players deal with simil;ar problems:put theirman management to be put to the test.

Over to you:what would you like to see in the next installment?