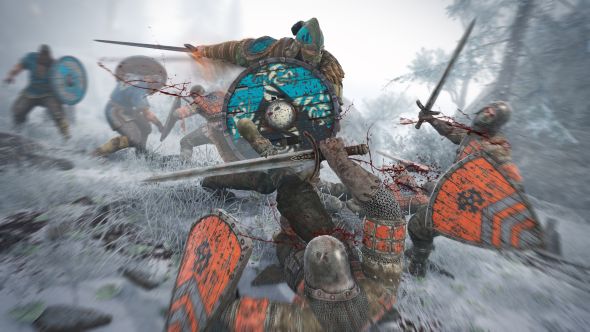 Leaked footage from this week’s closed alpha test of For Honor, Ubisoft’s much-promoted Medieval combat game, reveals that it will not use dedicated servers for its online multiplayer, and will instead rely on peer-to-peer (P2P) networking.

Is For Honor the next big thing? Or is that one of these other upcoming PC games?

In P2P, one player in a match acts as host for the session, and all others connect to them. If one client has a poor connection, this can cause lag for everyone else. However, Ubisoft claim that their architecture will prevent players gaining any unfair advantages through lag.

Last week, we reported on For Honor’s closed alpha test, and our resident cynicrealist Ben Barrett predicted someone would break the NDA and leak some footage. Well, it happened, and user El_Duairra posted a video to Vidme. It’s not encouraging, showing long wait times in matchmaking and games that drop as soon as they begin. El_Duairra acknowledges that For Honor is still in development and that the closed test had very few players, both of which might have contributed to long wait times.

His larger reason for breaking the NDA was to draw attention to the fact that For Honor uses P2P networking when its headline feature has been its PvP multiplayer mode.

/r/Games picked up on the video, and user Vaeh made the respectable point that because so much of For Honor’s combat is hand-to-hand, accurate netcode is especially important. “Even a small amount of lag can ruin a fight, as seen in the Souls games or Chivalry”. This is to say nothing of the vulnerability of P2P networking to cheating by traffic manipulation, issues with firewalls and ports and so on.

We asked Ubisoft for comment on this, and they confirmed that For Honor will use P2P networking. They say “the way we designed our peer-to-peer online architecture will allow us to provide a smooth and reliable online experience to all players when the game launches,” which is perhaps an allusion to the issues that many games with dedicated servers have had on launch day as players overwhelm them (see Battlefield 4, SimCity 2013, etc). Clearly, Ubisoft expect For Honor to be popular. 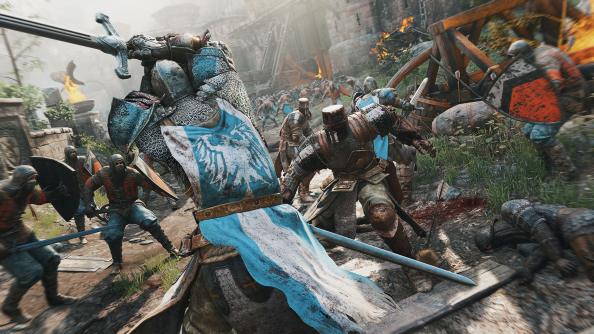 On the question of lag, Ubisoft assured us that with their architecture, “no player will have an advantage in a match compared to the others. Some of the connection and networking problems that players have experienced and perceived as consequences of that architecture are rather linked to the fact that we’re still in development”.

In other words, the connection issues in the leaked footage will be solved, and Ubisoft have somehow cracked the lag issues that have heretofore always occurred in peer-to-peer networked games whenever one user has a bad connection. In fairness, P2P architectures do vary in quality, and Ubisoft might have built a very good one.

“We monitor this feedback closely and will use it, as well as all the data we have tracked during the Closed Alpha, to fine-tune and improve our online systems before the launch of the game”, they say.