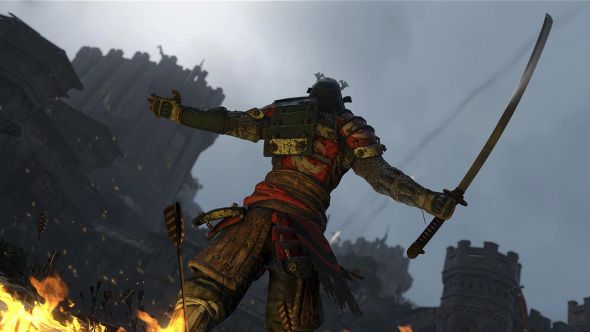 Leading on from the For Honor closed beta last week, Ubisoft are opening it up to everyone this go round. There’s much of the same content, though a few beta balance tweaks have been applied. Read on for when it starts, how to get access, and anything else you could want to know.

Considering it? Check out our For Honor beginners’ guide.

When does the For Honor open beta start and end?

Or to put it simply, you’ve got most of Thursday, plus Friday, Saturday and most of Sunday to enjoy it. Kill some Samurai for me, alright?

How do I get into the For Honor open beta?

This is a lot easier than last time. Just load up Uplay and start the pre-load. If you already took part in the closed beta, there’ll be small update for the new content – more on that in a second. The full game should be around 20 gigabytes.

Head over to theFAQif you want a comprehensive breakdown of compatible hardware and the like.

What’s in the For Honor open beta?

Well, everything in the original, plus some extra bits. There’s the open beta changes we already mentioned, plus another mode, called Elimination. This is four-vs-four, like Dominion, but uses a round-based system with perma-death, like Brawl.

Can I run the For Honor open beta?

If you ran the closed beta, obviously. Otherwise, have a look at the official FAQ. Any relatively new PC should be able to do it.

Good luck with the domination! The game itself is released on February 14, 2017.