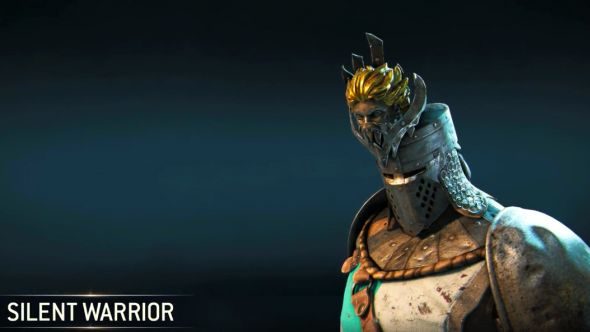 While the For Honor player count has dropped a tad – in line with most new and popular multiplayer games, it must be said – Ubisoft are still bringing upgrades. With the first balance patch deployed already, it’s time for some new cosmetics. The largest additions will be new ornaments, giving helms a little spice (or butterfly, or weird… dragon… thing), but there’s a few other extras as well.

Here’s what’s coming in the For Honor season pass.

There’s twelve new headpieces in all, which the particularly astute among you will have already realised means one per playable class in-game. They range from a sweet-rad dragon or a creepy-weird hydra-thing to various kinds of skulls or a big, gold butterfly. For the prettiest Kensei around. Alternately: crabs. Here’s an imgur album of all of them.

All this came out of one of For Honor’s weekly livestreams. The full, two-hour archive is available on Twitch, and includes some shots of the new emotes and talk of more mechanical changes too. Worth a watch if you’ve made For Honor your new main game.

PVPLive also have some gifs of the new Whirldwind effect, usable by all characters.