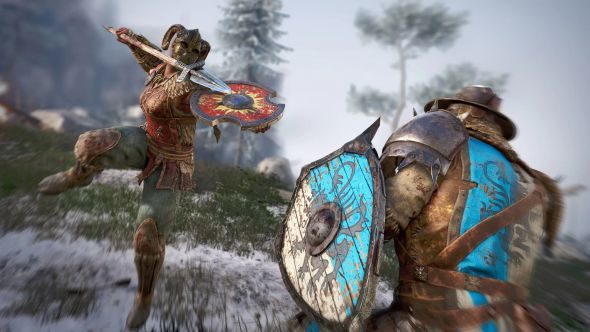 As well as changes to multiple classes, the patch will fix guard breaks, make the camera less likely to clip through walls on executions, and make fast swings easier to read. The patch lands on PC tomorrow, February 28.

Have a look at our For Honor PC review if you’re considering getting involved.

Eric Pope with the full notes on thesubreddityet again.

For the bug fixes, check out the subreddit.

Update February 21, 2017:Ahead of the balance patch, hotfixes will be deployed to the PC version of the game today. These are mostly bug fixes.

In further For Honor patching news, the first set of bug fixes are due to go live on PC today, at 1pm GMT / 8am EST / 5am PST. Details below, though no word yet on when the balance changes are due.

Eric Pope with the full notes on the subreddit once again.

Pope specifically notes that this patch will not include the balance changes laid out below, but does say that we should expect more news on that “soon.” Given they were announced last week and gladly received, patience may be wearing a little thin by this point. Details on what will be inside below.

Original story February 17, 2017:For Honor’s mighty multiplayer will receive its first balance patch soon, and Ubisoft headed over to the well-stacked official subreddit to let players know exactly what they plan to change. They’re tweaking guard breaks for the whole cast, giving the Peacekeeper a bug-fixing buff, a small tweak to Conquerers and Berserkers and a series of buffs to the shield-’n’-spear Valkyrie.

Ubisoft community developer Eric Pope brought the knowledge, explaining that the following changes came from listening to the community:

Also mentioned is that full-health bots will no longer replace players who disconnect during a match – they will be replaced by a dead bot. This will end the round if they were the last player left, and the bot will continue to play as normal after that.

No word was given as to when this patch would be deployed, but given the announcement was made last night, chances are it’s on the way soon – expect it early next week. Looks like this is how Ubi will be broadcasting changes in the future too, so keep an eye on the subreddit in future.