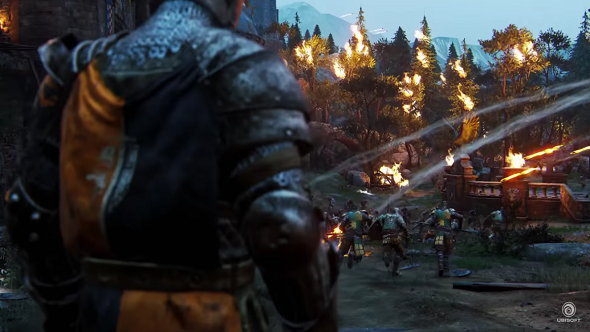 Ubisoft say For Honor was their most popular PC release ever in its beta phases, with the open and closed betas drawing in an audience of 1.8 million players.

For Honor is out now, but keep an eye on our upcoming PC games list of you’re bracing for the rest.

In total, across console and PC, six-million players participated in the betas, bludgeoning each other to death in brutal fashion. That all amounts to two-billion minutes of playtime.

To celebrate all this melee murder, Ubisoft have released the game’s launch trailer, which you can view above.

New heroes, modes, maps, and gear will be released for free across three seasons following the launch.