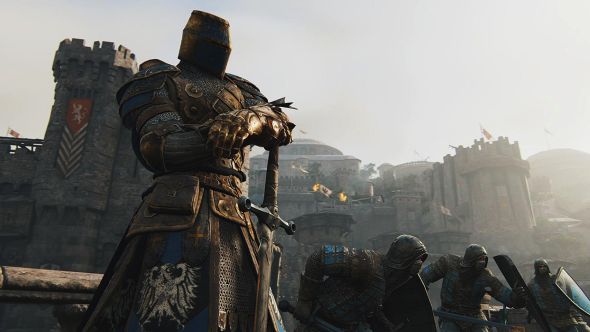 It seems that the first two DLC heroes from For Honor’s season pass have leaked online. In what looks like internal screenshots, a user on the For Honor subreddit has posted images of these two new fighters.

Our For Honor class guide will help you become the deadliest warrior.

In a post by Bones404 over on r/ForHonor, it seems that the first two heroes joining the For Honor roster are the Ninja and the Centurion. The Centurion wears heavy armour, complete with a helmet which covers the front of his face with an armoured mask. His weapon is just out of shot in the full body image, but his character portrait shows the shaft of a weapon behind his head. Seeing as he is a Centurion, it means the weapon could be either a hasta (a Roman thrusting spear) or a pilum (a Roman javelin). 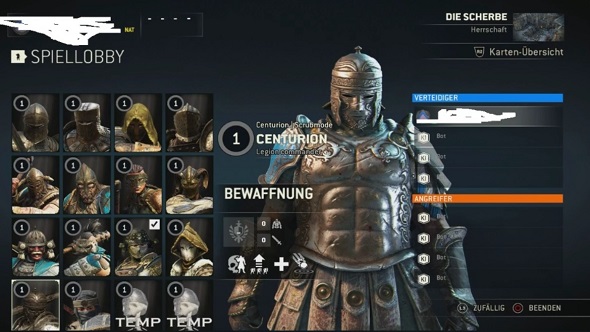 The Ninja looks like your typical shinobi, wearing the trademark ninja mask, leather armour and wielding a kusarigama or chain sickle. This will probably mean the Ninja will fight at the mid range, spinning the chain above his head and then slicing at the enemy with his sickle. 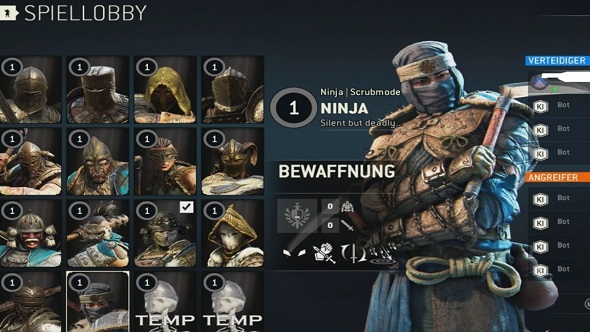 The artwork of the Centurion and the Ninja do match up with the silhouettes seen on the artwork for the season pass and both have reason to be allied with two of the game’s main factions. According to the campaign observables, legions of centurions joined up with the Knights faction while ninjas and samurai are just a natural fit.

Some in the Reddit thread are speculating that that the Centurion and Ninja could be part of a potential fourth Mercenary faction but that seems uncertain. This speculation mainly comes from the Ninja and the Centurion being in a fourth row on the character select screen, rather than next to their allied factions. It seems like the season pass heroes will be getting their own section on character select, based on the two placeholder images next to them.

Besides the obvious new characters, the other main thing of note is that instead of saying the type of hero like Assassin, Heavy, Hybrid or so on, it says “Scrubmode”. This is mostly like a placeholder name used internally at Ubisoft, but it still looks odd.

Many signs point to this leak being legitimate, but take everything with a grain of salt until we get full confirmation from Ubisoft.