There are only twenty active Formula 1 drivers in the world today. Each reached the top-tier of competitive driving after tireless hours developing their racecraft at the track, with most of today’s top racing athletes starting at a young age in the go-kart scene. But McLaren, the second most successful team in Formula 1 history, along with the representatives from F1, aren’t ruling out a new, modern talent finding pathway: esports.

While esports and traditional sports have a lot in common – such as the fans, the lingo, and the passion – they couldn’t be more different in physicality. Esports requires incredibly high levels of finesse and dexterity, the physical motion – via a keyboard, mouse, or gamepad – but it couldn’t make for starker contrast to the action and mobility required to be a pro athlete in sports such as basketball.

But motorsport is a different. During a panel at the Circuit of the Americas, just before first practice of the Formula 1 weekend kicked off, representatives from McLaren, Formula 1, and Alienware discussed just how much potential there is for the real world and virtual world of F1 – such as the Formula 1 Esports Series – to collide.

“I always have to say at an esports panel that the beauty of racing esports is that, unlike esports in football, or american football since we’re in Austin, it is a lot closer to the actual real life event,” Frank Arthofer, head of digital media for F1, says. “There’s a pedal, there’s a steering wheel, you’re in a simulator. 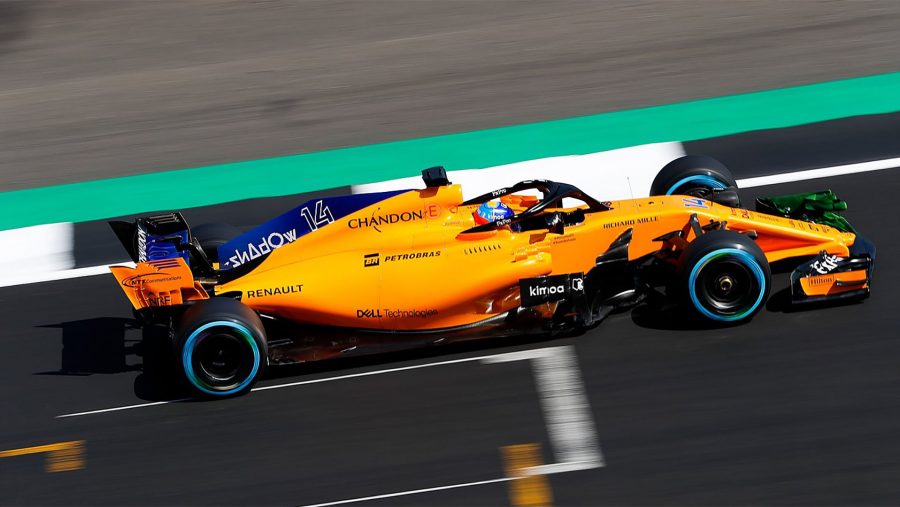 “You see the opportunity for gaming drivers to also participate and have some crossover in the real life sport. There are different skill sets, and actually they’re both hard in different ways, but I think that applicability is what makes that an opportunity for Formula 1 as the pinnacle of motorsport, and the most exciting real life esports that there is in the world today. And we’re just the beginning of that journey, but really excited about where that can go.”

Formula 1 drivers have long used simulators to replicate driving on tracks across the globe that are too busy, or too far away. It gives them complete, unfettered access to the track for the time it takes to get its twists and turns ingrained into muscle memory. Simulators, like the one Alienware powers for McLaren, are used to mimic tracks as best they can. Lando Norris, McLaren’s up and coming F1 driver for 2019, is often faced with race tracks he has never physically set foot on yet can race with extreme confidence.

“I was doing a little calculation on the way in here about how many laps I reckon Fernando Alonso had done in the last six years,” Henry Chilcott, McLaren Group marketing director, says. “We got to probably around about 500 laps. I spoke to Lando and he thinks he’s done around about 500 – 600, but never actually on the track. His were done in the virtual world and now he makes that transfer into the real world today, which is going to be fascinating to watch.

“But it’s fascinating, again and again, the more we can show that crossover between virtual world and real world, the more interesting it’s going to get” 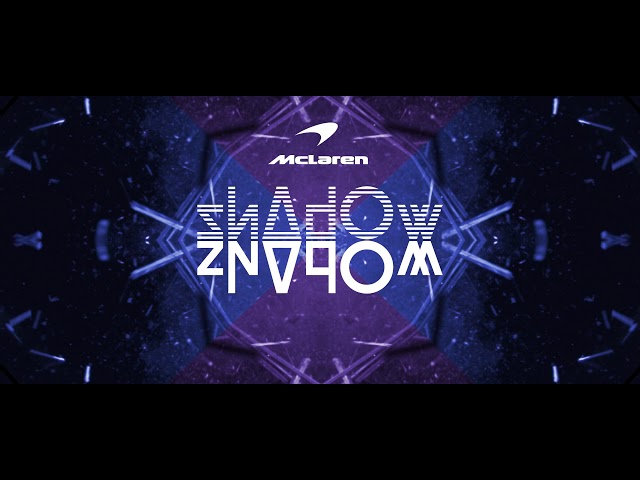 The same goes for McLaren’s F1 simulator test driver and winner of the world’s fastest gamer competition, Rudy van Buren. Van Buren is now an integral part of the McLaren team, we’re told surpassing even McLaren’s own expectations for the role, and offers a living example of just how far skills from the virtual race track (and a little go-karting experience) can go on the asphalt of the world’s most famous racing locations.

“The reality is just because his talent pathway into Formula 1 was through esports, it doesn’t mean that it’s any less in terms of the effort he has had to put in…” Chilcott says. “When we talk about esports Talent Development Program that sounds like a dry thing and everyone’s going to be quite skeptical about it. But now we’ve got this living test case who’s done all these amazing things. And for us, from a marketing point of view, he’s the proof of what can be done, he’s the proof that there is value taking those skills from the virtual world into the real world.

“We’re being open minded to explore new ways to bring new talent into the sport. Could it be conceivable in years to come we find some serious talent in esports that actually makes the full transition? It’s possible. But you know, they’re also going to have to have that healthy amount of luck, and hard work, and all those things that come a long way. But really, for us, this has been a really valuable asset for marketing, for our partners, and as a method of storytelling, which, without Rudy, it would have been just about the game – he makes it manifest in the real world.” 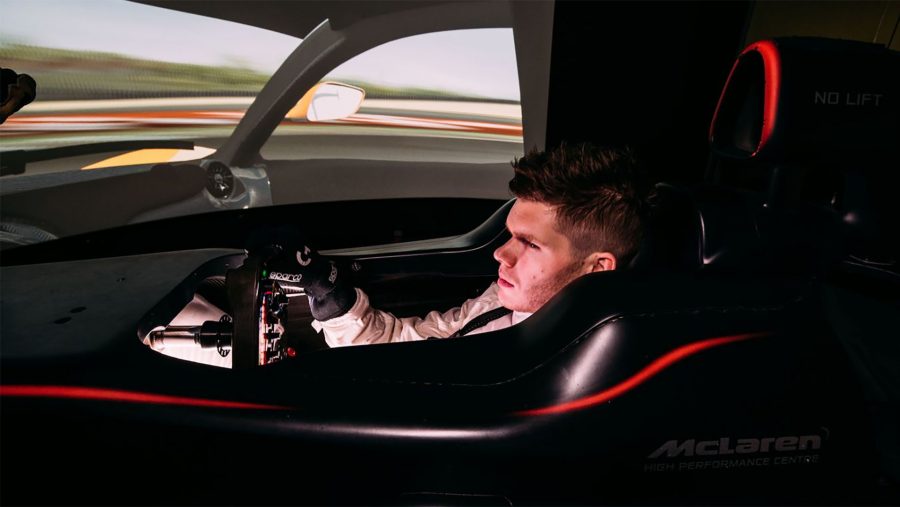 The success of the first venture by McLaren into the esports talent pool has shown just how great the potential, reach, and opportunity growing within esports to one day open a new pathway into professional racing is: it’s immense. McLaren is still continuing to develop its esports programmes. Firstly by expanding on the success of its co-operated World’s Fastest Gamer contest with its own McLaren Shadow programme. The Shadow programme aims to build an esports team that will compete in, not only the F1 esports series alongside other famous F1 teams, but a wide range of racing games.

head of digital media for F1

The venture is also evidence of the hardware and game development maturing to a point where the technology, even though not yet indistinguishable from the real thing, allows the development of transferable skill sets capable of delivering in real life. Dell, as a partner of McLaren, utilises its gaming subsidiary, Alienware, to power one of the best sim racing setups in the world for the racing team.

But for all the top gaming hardware, race simulations, and esports talent, we’re still not there just yet. The skills required for driving at >200mph in car little more than a carbon fibre shroud aren’t going to manifest in just anyone. Hopefuls still need a Super Licence issued by the FIA to get anywhere close to the track as a driver, and that takes years of motorsport at the highest levels to attain.

Van Buren has undergone training to prepare for the physical challenges and logistics of simulation driving amongst the highest tier of professional racing. But another challenge, that will certainly prove insurmountable for many hopeful drivers, is fear – a factor which cannot be replicated in the virtual world. 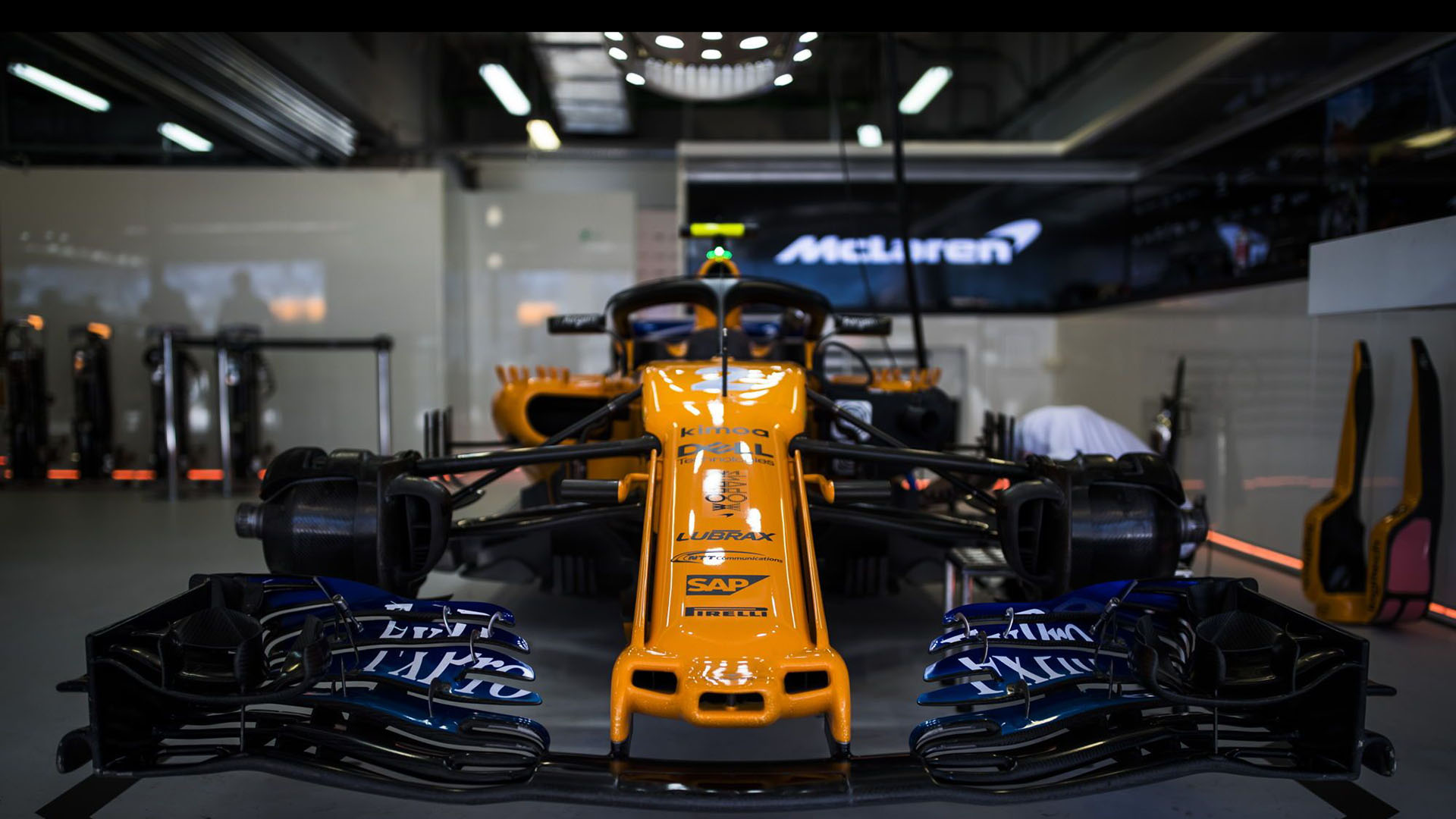 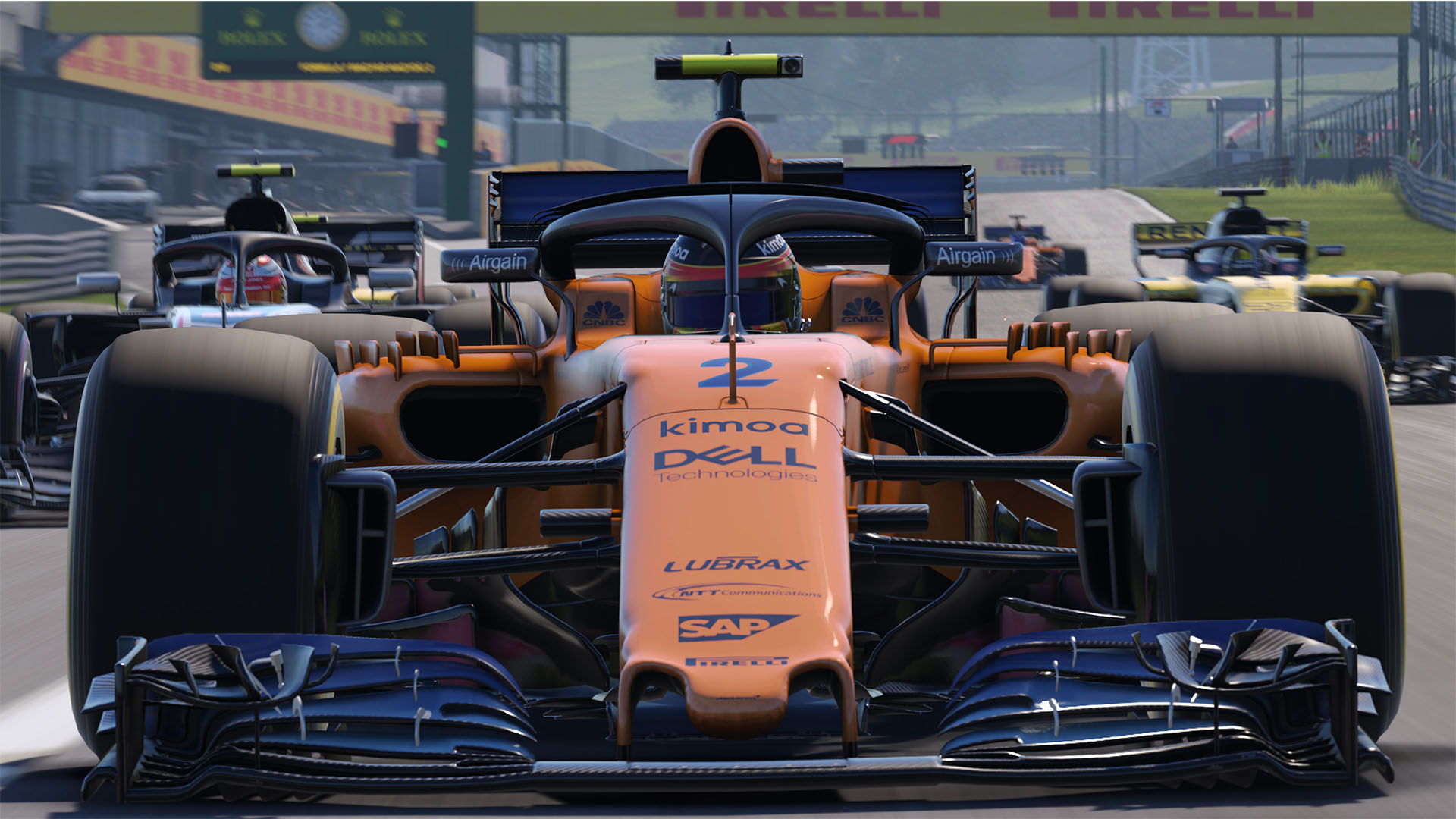 The separation between the two sports, Formula 1 and Formula 1 esports, is as important as ever too. Despite the obvious commonalities between the two, real life racing is not always the end goal for every virtual racer who takes up a seat in a sim rig. Arthofer says that to think so would be disingenuous to the power of esports and the opportunity, and potential, it has as a medium for competition and entertainment in its own right.

Formula 1 isn’t the first to bring virtual racing and real life racing together, with the GT Academy blazing the trail since 2008. The academy is a program that Nissan, PlayStation, and Gran Turismo developers Polyphony Digital operate, in which entrants duel on the track for a chance to join the Nissan racing team, along with all the training required to actually start racing professionally with an International Racing License.

But F1 is a different beast altogether and McLaren still have doubts that a driver coming through via the esports path will be “likely”, preferring instead to limit expectations to the realms of “it’s possible”. However, there’s far more to bring to a team than sitting in the driver’s seat of a multi-million dollar Hot Wheels, as van Buren, living proof of concept for esports as a pathway into the top-tier motorsport, proves.